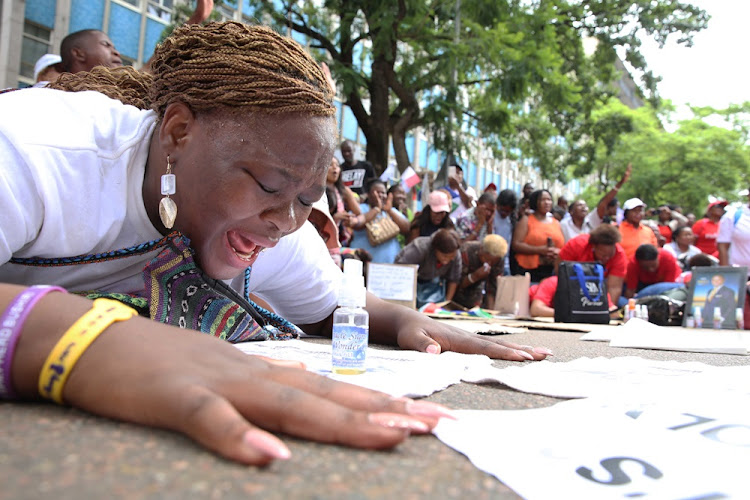 Controversial church leader Shepherd Bushiri received much criticism on social media as his followers cried, prayed and shouted for his release outside the Pretoria Specialised Commercial Crimes Court on Monday, February 4.

Video footage of his supporters kneeling, praying and crying outside the court trended on Twitter as many criticised Bushiri's influence over his supporters.

Bushiri and his wife Mary were arrested last week in Rustenburg on charges relating to fraud, money laundering and contravention of the Prevention of Organised Crime Act.

"We are who we are because of Major Prophet Bushiri," one of his supporters said.

A #Bushiri follower, who is dressed like a disciple, is heard shouting: “I want my daddy.” @TimesLIVE pic.twitter.com/bhrNqktANW

Honestly trying to get to Bushiri's followers is not gonna work, we just have to pray for them at this point.

What kind of a man is this!? Crying for a small boy, calling him papa. #Bushiri pic.twitter.com/me74J1a8yZ

Comrades and Compatriots, we really need to pray for those followers of Bushiri. They seriously need our prayers. 😢😢😭

#Bushiri has trained the congregation to love him not God 😭💔 https://t.co/tIOOcN3lDI

Dear bushiri followers.
Jesus was arrested for preaching the gospel.

Peter was arrested for preaching the gospel.

Paul was arrested for preaching the gospel.

Bushiri is arrested for fraud and... https://t.co/QdPQr0si9E

Bushiri Followers, are brain washed on another level no wonder, many of our people do stupid things for their pastors. all in the name of God though they fear their Pastor's above God.

While scores of supporters prayed outside court on Monday, many others took to social media to show their support for Shepherd Bushiri.
News
3 years ago

Enlightened Christian Gathering Church members were adamant on Monday that Prophet Shepherd Bushiri was innocent – and threatened not to vote if he ...
News
3 years ago