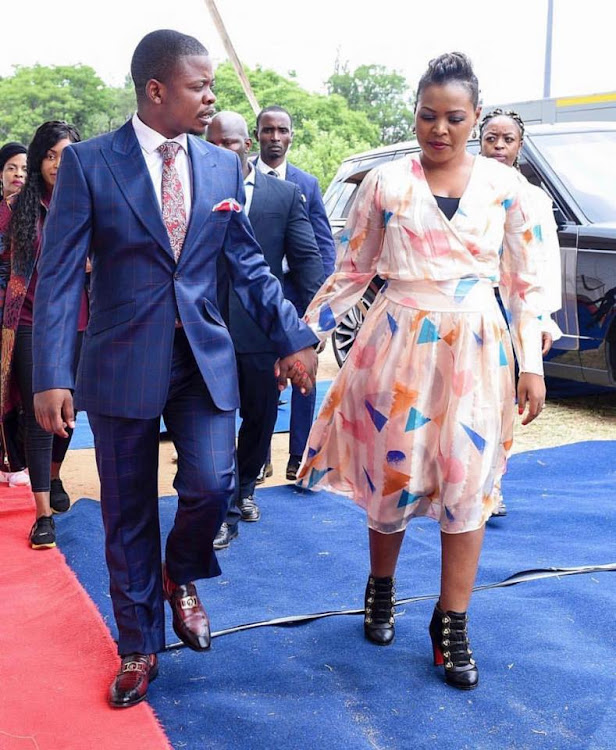 Prophet Shepherd Bushiri, commonly referred to as "Major 1", is expected to file a formal application for bail on Wednesday amid throngs of supporters holding solidarity placards.

Bushiri and his wife Mary are appearing before the Pretoria Specialised Commercial Crimes Court facing charges related to fraud and money laundering. They have been in custody since their arrest on Friday.

His faithful congregants are massed outside court, demanding his release and threatening to make the voices heard at the ballot box if he is not released without charge. Some attempted to force entry into the court, but officials are maintaining law and order.

"No Major, no votes...," the group chanted when they sighted a white SUV believed to be driven by Bushiri's church spokesperson and attorney, Terrence Baloyi.

On Monday, members of Bushiri's Enlightened Christian Gathering Church shouted out prayers in front of the court when he made his first appearance, speaking in tongues, while others poured anointing oil on vehicles belonging to the Hawks, shouting "fire" as they continued in their prayers.

"Papa, Major 1, Daddy..." followers shout as #Bushiri and Mary arrive in court. Some members attempt forcing entry in the court, but officials are maintaining law and order. pic.twitter.com/7m4n6MIRar