'I begged him to kill me rather': 'Uber gang' victim's night of terror 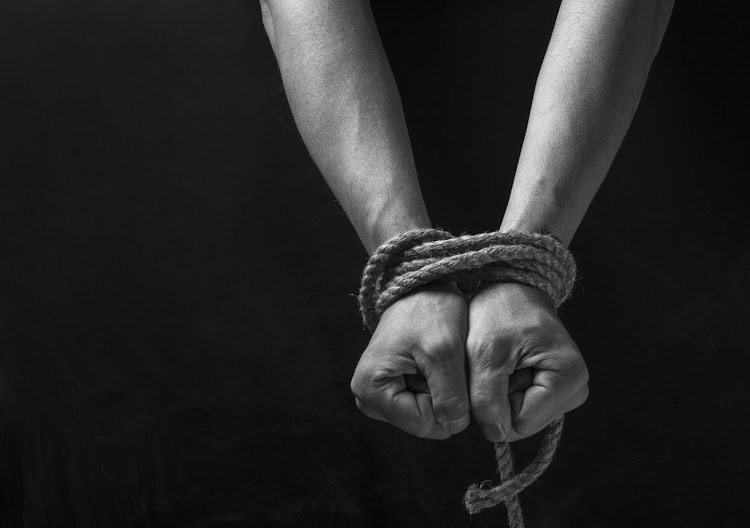 A victim of the so-called 'Uber gang' testified on Wednesday about how she was tied up and driven around Johannesburg fearing for her life. Even when she heard people nearby, she was too terrified to make a noise.
Image: Gallo Images/ Istock

This was part of the harrowing testimony given on Wednesday morning by one of the women targeted by the so-called "Uber gang" rapists, who used the transportation app to kidnap women, rob and rape them, and in some cases try to kill them.

Each of the four men has pleaded not guilty to all the charges against them. They have had to face three of their alleged victims thus far this week, as the women took to the stand to give their terrifying accounts of the nights they were kidnapped.

The four men who allegedly used the Uber e-hailing app to rape and rob Johannesburg women have pleaded not guilty to the litany of charges against ...
News
3 years ago

On Wednesday, one woman began proceedings by detailing how she was almost raped by Mankgane, who spent hours driving her around the city and repeatedly threatened to murder her.

On August 2 2016, while waiting for her ordered Uber to arrive at Montecasino, she noticed a silver VW polo sedan that matched the description on the app, down to the registration number.

She introduced herself to the driver, who called himself "Chris", and got into the back seat of the car. But rather than stopping at her destination, Fourways Mall, the driver pulled over at a parking lot in front of a Game store.

"He pulled out a knife and said, 'This is not an Uber'. I started screaming … He told me to stop screaming or he'd kill me," she told the court.

He then pulled out brown masking tape and bound her mouth, eyes and hands before lowering the back seat of the car and rolling his victim into the trunk, trapping her inside.

They drove for the next 30 minutes, she estimated, until eventually stopping on a gravel road. He untaped her mouth, and began demanding the PIN numbers to the three cards he’d found in her handbag. He threatened to kill her if she gave him the incorrect numbers, so she was forced to comply.

She was forced back into the boot and the car began moving again. He soon stopped again and began interrogating her about the limits on the cards. She said she was only aware of the limit on one of them, but not the other cards, which belonged to her husband.

Although her husband would receive SMS notifications every time he withdrew money, Mankgane continued to drive and withdraw cash from various ATMs.

I asked him to stop. He didn’t. He kept trying to unzip my pants. I crossed my legs.

Eventually they stopped outside what the young woman believed was a bottle store or tavern, as she could hear the clinking of glass, music and people chatting. Her captor warned her not to speak, threatening her life again if she did not remain silent. He was able to purchase a large amount of alcohol as she heard someone ask him if he was planning a party.

They drove off again, stopping in what the woman suspected was a residential area, and she was rolled out of the boot, with Mankgane placing her on his lap. He began to open the front of her pants. "I asked him to stop. He didn’t. He kept trying to unzip my pants. I crossed my legs," she said.

When he placed his hand forcefully into her underwear, she begged him to kill her instead of raping her. "He said he would kill me anyway because I had seen his face," she said.

It was at this point that she began praying loudly, refusing to stop even after he demanded that she stop. Eventually he threw her back into the boot of the car and drove off at high speed.

The car slowed down again, however, when he had a problem with one of the vehicle’s tyres.

He recruited someone outside the car to help him change the tyre - but not before once again threatening her into silence. She was even ordered to remain silent as he opened the boot to get the spare wheel, and because she was so petrified, she agreed.

After the tyre was changed, he drove off again, before dumping her, still bound, on the side of the road.

Her stream of tears had loosened the tape on her eyes, and she was able to get it off.

She noticed a mall nearby, the Glen Balad shopping centre in Kempton Park, and ran towards it. She was found by a person driving by, who took her to the local police station.

Another victim, Tracy Stockhall, on Tuesday also recalled her ordeal in August 2016. She too was taken from the Montecasino area, where she was robbed of her valuables by Mankgane, Maswikaneng and Mkuwanazi.

One of the men tried to strangle her with an object that felt like a wire, although Stockhall was able to escape by jumping from the moving vehicle.

One of two taxi drivers behind abductions, rapes and the robbing of female taxi commuters in Gauteng has been sentenced to life.
News
3 years ago

An alleged serial rapist who targeted victims aged between 14 and 23 by offering them lifts at night‚ using a taxi or private vehicles‚ was arrested ...
News
4 years ago

Courts convict 1,357 abusers of women and children over six months in 2018

A total of 1,357 people accused of committing crimes against women and children were convicted between July 1 and December 31 2018, the police said ...
News
3 years ago

While requesting an Uber from one’s smartphone may be simple for riders‚ that same smartphone can put Uber drivers in severe danger if seen by the ...
News
5 years ago

Five steps to protect yourself from potential danger have been prepared by lawyer Ulrich Roux‚ while the justice system tries to apprehend the ...
News
5 years ago