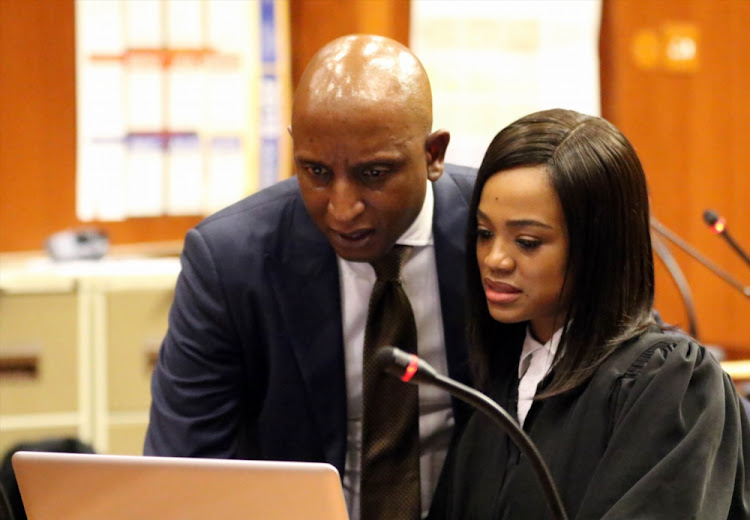 Lawyer Tumi Mokwena is seen with Advocate Naledi Mothapo during his appearance at the Polokwane High Court on February 4 2019.
Image: Antonio Muchave/Sowetan

Mokwena, who was representing himself in the case, told SowetanLIVE he was relieved that the matter was now closed.

"I had no case to answer to; the state was incompetent and biased, as we proved in court. The trial was just a waste of time."

Judge Ephraim Makgoba agreed with Mokwena's version that he had acted in self-defence and had no intention to kill anyone. The judge said he found the evidence by four state witnesses to be "dishonest, unreliable and disingenuous".

One of the Zebediela farmworkers has accused EFF leader Julius Malema's lawyer Tumi Mokwena of shooting at workers randomly.
News
2 years ago

Mokwena, who was the managing director at Zebediela Citrus Farm Estate, shot and injured four farmworkers - Mageza Mboweni, Tshothwa Kekana, Michael Nyathi and Maile Mamokhere - following a dispute over salaries in 2017. Mokwena said he shot at one of the farmworkers because he would have wasted his time trying to escape the violent scene.

Prosecutor Johann Kotzee said he would consult with the complainants regarding an appeal.