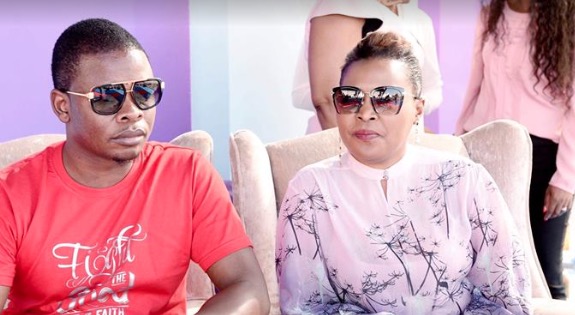 Enlightened Christian Gathering Church congregants celebrated the release of their 'prophet and prophetess,'Shepherd and Mary Bushiri on bail of R100,000 each.

The couple appeared before the Specialised Commercial Crimes Court in Pretoria following their arrest on Friday, 1 February 2019 on charges relating to money laundering, fraud and organised crimes.

The Bushiris have had an outpouring of support from their church members since their arrest and first court appearance on Monday.

Your God shall lead us, The God of Our Father Prophet Shepherd Bushiri shall lead us. Our Prophet, our Major 1. The whole world is in solidarity with the Great Prophet of all time.

This Can Only Be God 🙌

🗣OMG🥺😰
I’M So Happy & Thankful.Thank U GodofMajor1 4 hearing the cry and heartbeats of ur people. Thank U so kindly 4 granting our parents back 2 us. Our hope is n you Lord &we lost without them; our Shepherd, R Prophet, R Major1, R encourager, R motivator. We miss U daddy💞

We serve a miracle working God GLORY to God Almighty

No weapon fashioned against the Prophet (Major 1 ) shall prosper. Every tongue raise in judgement against him shall be condemned. This is his heritage in Jesus... No amount of falsehood can bury him! Papa Bushiri shall grow more stronger and stronger...Love you Papa!

God is faithful all the time

The prophet and his wife are due to appear in court on May 10.

"SCAMALERT"? Bushiri's team warn his followers about a scammer asking for donations for the prophet's legal bills.
News
3 years ago