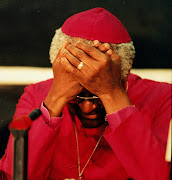 President Cyril Ramaphosa has been urged to appoint a commission of inquiry into "political interference" that scuppered the prosecution of apartheid-era atrocities referred to the National Prosecuting Authority (NPA).

The call was made by former commissioners of the Truth and Reconciliation Commission (TRC) in a letter addressed to Ramaphosa on Tuesday, imploring him to apologise to victims of apartheid-era atrocities who were "denied justice for several decades and suffered considerable trauma as a result."

The letter accused police and the NPA of "colluding with political forces" to ensure the deliberate suppression of the bulk of apartheid era cases.

"Even though the TRC had handed over a list of several hundred cases to the NPA with the recommendation that they be investigated further, virtually all of them were abandoned.

"All these cases involved gross human rights violations such as torture, murder and enforced disappearances in which amnesty was either denied or not applied for (the TRC cases)."

Reasons for the inaction on the TRC cases, the letter added, were exposed in 2015 when legal proceedings were launched by Thembi Nkadimeng - to compel the NPA to make a prosecutorial decision on the 1983 murder of her sister, Nokuthula Simelane, by security branch officers.

"This application disclosed evidence of gross political interference in the operations of the NPA," said the letter.

Nkadimeng, Lukhanyo Calata, the son of Fort Calata, Imtiaz Cajee, nephew of Ahmed Timol, and Jill Burger, sister of Neil Aggett, were named as some of those who had struggled for justice over several decades.

"The families feel justifiably betrayed by South Africa’s post-apartheid state which, to date, has turned its back on them. We owe them answers and we owe them an apology."