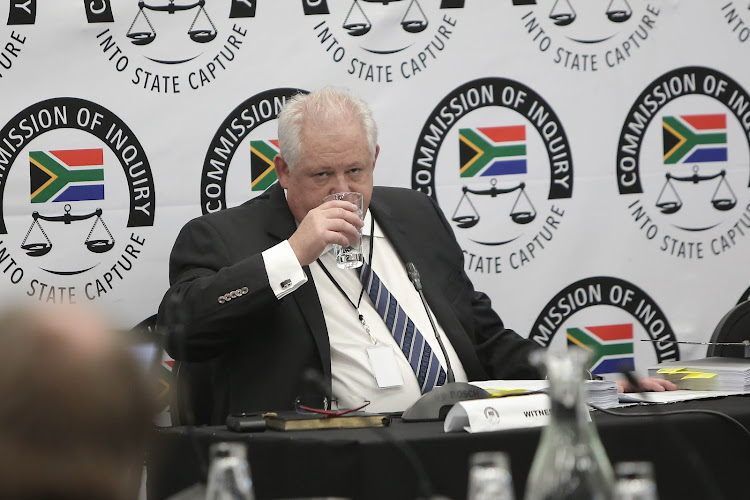 South Africa’s former prisons boss Linda Mti, once custodian of the country’s law-breakers, allegedly enjoyed free flights, accommodation and even had a traffic fine paid in exchange for his role in tenders awarded to Bosasa.

According to the draft charge sheet at the Specialised Commercial Crime Court in Pretoria, Mti scored benefits worth nearly R1m.

The charge sheet showed that between May 2004 and July 2015, Mti received gratifications including car rentals, local flight tickets and accommodation at local hotels to the value of R975,637.22.

The charge sheet states that Mti, who was a public officer employed by the correctional services department, directly or indirectly accepted or agreed to accept unauthorised gratifications from former Bosasa COO Angelo Agrizzi and former Bosasa CFO Andries van Tonder. He also scored from Bosasa and two other companies, Sondolo IT and Phezulu Fencing.

The three companies are named in the court papers.

One of the gratifications included a traffic fine of R322 paid for Mti in Port Elizabeth in July 2015.

The draft charge sheet said Mti also received about 24 cash payments between March 2004 and December 2007. The lowest amount was for R2,500 and the largest for R9,000.

It also alleged that Mti failed to ensure compliance with the procurement processes of the correctional services department in relation to a number of tenders, which resulted in the Bosasa group of companies being awarded those tenders.

The high profile suspects linked to the alleged corrupt awarding of tenders worth R1.6b by the department of correctional services to Bosasa are ...
News
3 years ago

The draft charge sheet states that Mti failed to ensure that the department maintained an appropriate procurement and provisioning system that was fair, equitable, transparent, competitive and cost-effective.

Gillingham is facing one count of contravening the Prevention and Combating of Corrupt Activities Act. The charge sheet lists 31 gratifications allegedly received by Gillingham.

The state alleges that between February 2005 and December 2005, Gillingham received a gratification in the form of a house situated at Midstream Estates valued at R1.8m. The charge sheet said Bosasa paid for the house.

“And the aforesaid agreement had the effect of concealing or disguising the nature, source, location, disposition or the movement of the said amount… or the ownership thereof and/or removing or diminishing such cash which was acquired as a result of the commission of the offence of corruption,” the draft charge sheet read.

Former Bosasa chief operations officer and state capture whistleblower Angelo Agrizzi was granted bail of R20,000 after he and several former colleagues appeared in court on Wednesday February 6 2019 in connection with tenders worth R1.6bn that were awarded by the department of correctional services to Bosasa.

Gavin Watson, in his BMW: 'Let them rant and rave as much as they want'

Bosasa CEO Gavin Watson – implicated in wide-scale graft at the state capture inquiry – remains unperturbed by mounting evidence that he paid off ...
Politics
3 years ago