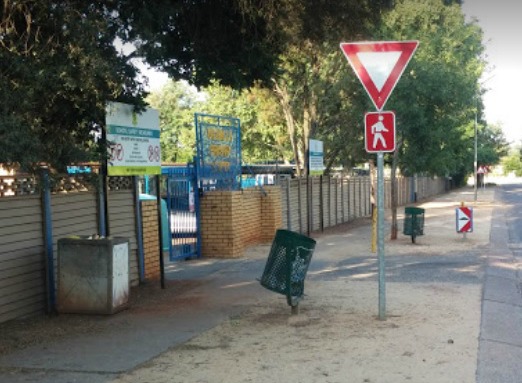 A teacher at Valhalla Primary School in Centurion accused of sexually assaulting about 23 learners has been arrested.
Image: Web image shared by Amos Khoza

The Valhalla Primary School teacher who stands accused of sexually assaulting about 23 pupils is behind bars, the Gauteng department of education said on Thursday.

"[He] was arrested this afternoon," said spokesperson Steve Mabona.

The teacher was expected to appear in the Pretoria magistrate's court on Friday.

He had been removed from the Centurion school on Wednesday after the department acted on allegations that a string of pupils had fallen prey to him.

The Gauteng education department said it was disturbed by the allegations of sexual assault leveled against an educator at Valhalla Primary School in ...
News
3 years ago

A team of officials from the district, as well as the department's psycho-social unit, had gone to the school following reports that parents were planning a meeting and had threatened to pull their children out of the school.

Mabona had told TimesLIVE that the matter was first reported to the department at the end of January.

He stressed that the department had a zero-tolerance approach to allegations of sexual misconduct, and had on Wednesday said that if the allegations were proven to be true, it would take decisive action against the perpetrator.

The teacher and pupil involved in a fracas in a Cape Town high school classroom have been suspended.
News
3 years ago

The disciplinary hearing against a Bryanston High School teacher accused of sexual assault will take place at an undisclosed secret location.
News
3 years ago