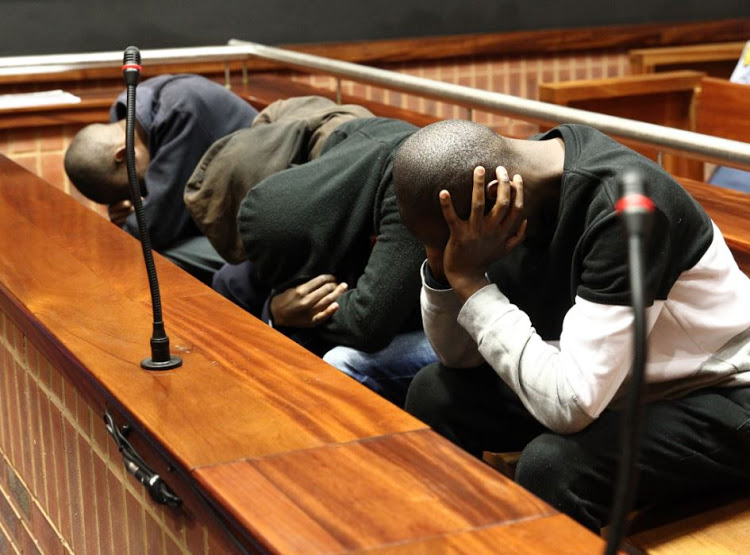 Susan Dey maintained on Friday that she could never "ever" forget the face of the man who raped her on July 6 2016 when she had been picked up by a bogus Uber driver.

Dey, the mother of singer Tamara Dey, testified on Thursday at the Johannesburg High Court, sitting at the Palm Ridge Magistrate’s Court, how she was assaulted, raped and thrown down a bank after she had ordered an Uber to take her home from Montecasino in July 2016.

Although rape victims are usually not allowed to be named, Dey has given permission to be named.

‘I asked him to rather kill me’: victim of bogus Uber driver

A harrowing day of testimony for one of the victims of the so-called Uber rapist gang ended with the young woman being accused of concocting an ...
News
2 years ago

Elias Mankgane, Daniel Maswikaneng, Treasure Bonga and Themba Mkhwanazi have pleaded not guilty to a number of counts including rape, robbery, kidnapping and assault.

The men are accused of using the Uber app to kidnap, rape and rob multiple women for months in 2016.

Dey had testified on Thursday how Mankgane pretended to be her Uber driver after he had called her saying he was still on the line with her, and even used her name.

Dey testified she was convinced she had found her ride, as he had shown her his phone, and had known her name despite not mentioning it in her phone calls.

During the gruelling cross-examination on Friday by Mankgane's advocate,  Michelle Ives, Dey maintained that although she saw Mankgane for a few seconds as she got into his vehicle and when he started driving, she was “100%” certain she had identified the correct person.

“I cannot forget his face ever,” Dey said.

Ives told Dey it would not have been possible to correctly identify Mankgane as she had seen him for a few seconds in a darkened place before she got into his car.

Dey said there was light from a street pole and when she opened the vehicle door, the console light went on and she was clearly able to see Mankgane.

Ives maintained that it seemed unlikely that Dey could positively identify a person she had seen for a few seconds.

“I stand by my testimony, I remember his face,” Dey said.

“(Mankgane) will testify he never raped you,” Ives told Dey.

Dey said he stood by what she testified in court on Thursday and Friday.

The trial continues on Monday.

The accused, who were arrested in September 2016, remain in custody.

The four men who allegedly used the Uber e-hailing app to rape and rob Johannesburg women have pleaded not guilty to the litany of charges against ...
News
2 years ago

Raped and thrown down a bank: gran’s fake-Uber horror

As Susan Dey grasped repeatedly at her neck, struggling to breathe as the piece of fabric pulled tighter and tighter, she realised she was willing to ...
News
2 years ago

Uber is launching a new hotline for riders and drivers in SA.
News
2 years ago