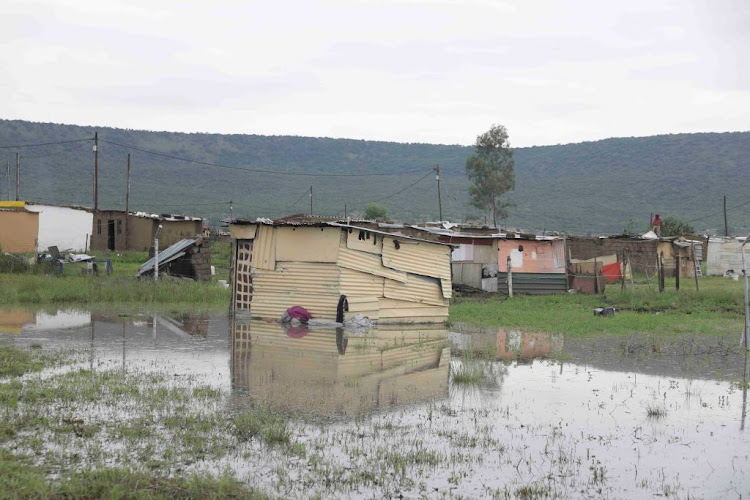 Disaster management teams across KwaZulu-Natal were on high alert on Monday evening as severe thunderstorms were forecast in the province.

The office of co-operative governance and traditional affairs (Cogta) MEC Nomusa Dube-Ncube said it had received reports from the SA Weather Service that the storm would hit the Mgungundlovu, Harry Gwala and Zululand districts, adding that it could lead to flooding.

"The severe thunderstorms pose a serious risk, more especially to those residing in rural areas. It is therefore imperative that communities residing in areas prone to localised flooding and thunder strikes take necessary actions to shield themselves from the adverse weather conditions,” said Dube-Ncube in a statement.

She also called on motorists to drive cautiously.

Recent rains in KZN have left a trail of destruction. Last week, over 200 households were damaged by heavy rains and winds, with hundreds of people in the Ladysmith area left destitute.

At the time, Cogta provided sanitary products, food, stoves, cutlery and emergency accommodation to those who were affected.

Dube-Ncube described that situation as "heartbreaking", saying some families had been left with nothing.

Already ravaged by storms, KZN gets warning of more to come

The South African Weather Service has warned that severe thunderstorms can be expected over parts of KwaZulu-Natal on Sunday.
News
2 years ago

A freak thunderstorm in northern KwaZulu-Natal has claimed the lives of two people and left another seriously injured.
News
2 years ago