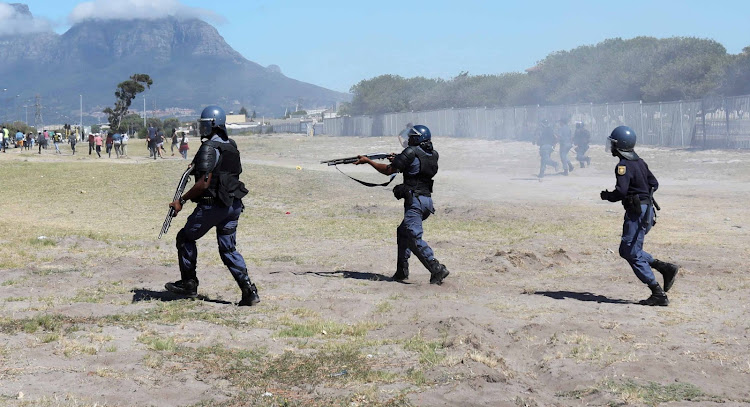 Two buses belonging to the Cape Peninsula University of Technology (CPUT) were set on fire in suspected arson attacks on Tuesday evening.

The administration building at CPUT’s Bellville campus also came under attack in the early hours of Wednesday.

The attacks come after 21 people were arrested during protests at the Athlone campus of the university’s Western Cape College of Nursing on Tuesday. TimesLIVE reported that students were protesting over a lack of security and water shortages.

At least 10 student nurses were arrested on Tuesday while picketing about safety issues at a Cape Town nursing college.
News
2 years ago

The arrests follow a wave of student protests on university campuses across the country since last week.

CPUT management sent out an impassioned plea to students on Wednesday after the arson attacks. It accused “a small minority with a selfish agenda” of holding staff and students to ransom.

“The start of the 2019 academic year has lived up to expectations for the majority of our nearly 36,000 students ... This positive start has, however, been dealt a blow after the institution was the victim of arson and sabotage attacks overnight,” said the university.

“Today, CPUT staff woke up to news that two bus shuttles were torched and that the administration building on the Bellville campus had been stoned. This is demoralising for the dedicated staff, who have already persevered through a traumatising crisis period since 2015.

“Attempts to shut down campuses, disrupt lectures and damage property will never be the answer to effective engagement. We ask for student and staff support as we fend off these attempts to destabilise our institution.”

'We do not feel safe' - nursing students in Cape Town

Students protested outside the Western Cape Nursing College in Klipfontein Road, Cape Town, on Friday morning. They tried to bar management from ...
News
2 years ago

Students build shacks on campus in protest at accommodation shortage

Students at the Cape Peninsula University of Technology (CPUT) have put up shacks on the Bellville campus to highlight problems with accommodation.
News
2 years ago

Lectures at the beleaguered University of KwaZulu-Natal are set to resume on Wednesday.
News
2 years ago

A student died amid protests at the Durban University of Technology.
News
2 years ago