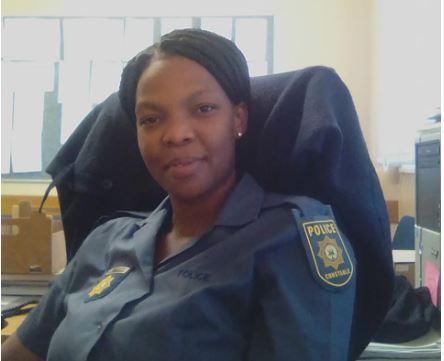 Constable Colleta Puggens who assisted a woman to give birth at a Limpopo police station at the weekend.
Image: Supplied by Saps

A Limpopo police constable has been hailed a hero after she went beyond the call of duty by assisting a woman to give birth at the Gravelotte police station.

The incident happened on Sunday.

Colonel Moatshe Ngoepe said the woman had made her way to the station, pleading for officers to call an ambulance.

“The officer contacted the ambulance, but with the nearest hospital situated some 45km away from the station, the constable noticed that the woman was in labour pains and rushed her into the Victim Empowerment room,” Ngoepe said.

Gravelotte is situated between Polokwane and Phalaborwa.

“Constable Puggens then sought the assistance of Morongwe Anna Mashumo, who resides adjacent to the station. The two successfully played the role of midwife and a baby girl was born,” Ngoepe added. 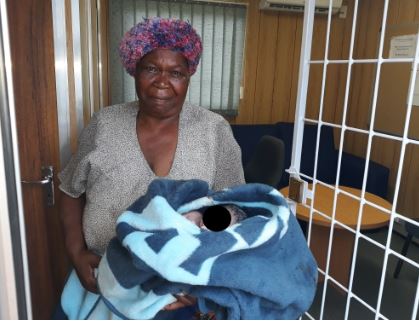 The child was named Nyiko, which means "gift".

“Doctors declared both the mother and the child healthy,” Ngoepe said, adding that this made the helpers very happy.

Describing the experience, Puggens said it was not the type of thing that she usually came across while on duty.

“I am not used to that kind of a situation and it was scary, but I had to suppress my fears and be strong for the mother who was due. The priority was to ensure that both the mother and the child were alive and healthy. When this was achieved I felt like I could kiss the sky!," she was quoted as saying.

An anxious dad-to-be managed to drive his wife to the hospital‚ but only got as far as the parking lot – where she gave birth.
News
3 years ago

A heavily pregnant Witbank woman survived being shot in an attempted hijacking and gave birth just a short while later - after somehow managing to ...
News
3 years ago

When Newlands East, Durban, resident Iyron Lovedale first heard the faint cries of a newborn baby trapped in a storm drain, he thought it was a ...
News
3 years ago

Subscriptions to the Offset fan club have been cancelled.
TshisaLIVE
3 years ago