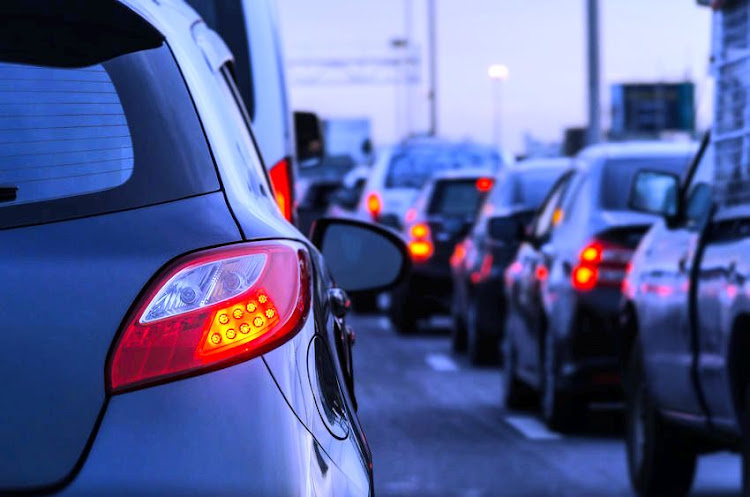 Commuters from Cape Town’s southern suburbs faced a traffic nightmare on Wednesday morning as a key set of robots remained out of action 18 hours after failing.

The lights at the intersection of the M3, Rhodes Drive and Newlands Avenue failed due to load-shedding shortly after lunch on Tuesday.

Traffic lights at Newlands Ave / Union Ave in Newlands are out. The department is currently attending to this.

City of Cape Town traffic services spokesman Richard Coleman said pointsmen were doing their best to keep traffic moving, but the M3 was backed up for several kilometres to Tokai on Wednesday.

TimesLIVE saw four traffic officers — two on foot and two on motorcycles — embroiled in a lengthy argument in the middle of the problem intersection around 7.15pm, with frustrated motorists hooting.

Officers gesticulated and jabbed their fingers in each others’ faces while all four sets of traffic at the intersection were stationary.

@TrafficSA i would avoid M3 going into Cape Town from the Southern Suburbs. Traffic lights not working cnr. Newlands Ave and Paradise Rd.

It's quiet for now but will definitely backlog from 6:30 am.

@cityofctts urgent! pointsmen needed at the intersection of Newlands Ave & Rhodes Drive/M3. Traffic lights out since yesterday - come on get this sorted!

Coleman said because the intersection was near several others controlled by traffic lights it was difficult to control manually.

“You can’t just pull traffic through because it will back up from the next robot along,” he said.

He suspected that load-shedding on Tuesday had caused a circuit in the robots to trip, and said technicians would be there on Wednesday.

Cape Town drivers warned of next week's state of stagnation

Cape Town has been warned that it will face a state of stagnation next week as parliament reopens.
News
3 years ago

A video of a car crash in what looks like a street race has surfaced on social media.
News
3 years ago

A truck stopped by Cape Town traffic cops at the weekend turned out to be overloaded by at least 25 tons.
News
3 years ago