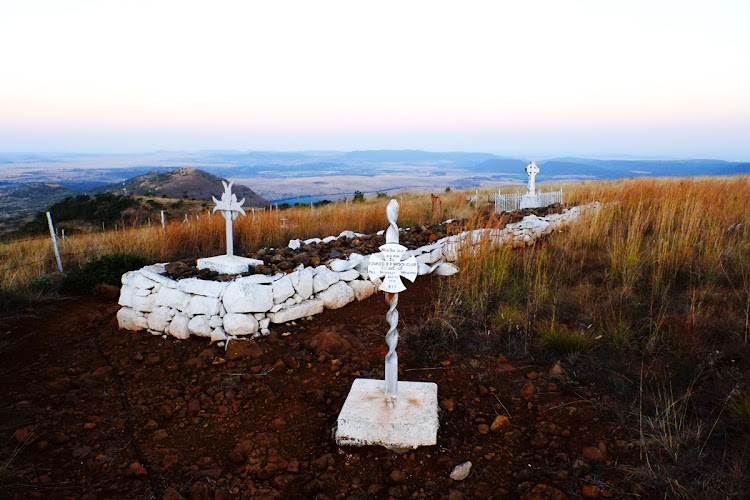 According to South African History Online, 22,074 children under 16, 4,177 women and 1,676 men died in British concentration camps during the Anglo-Boer wars. Lord Kitchener implemented a scorched-earth policy which entailed burning farms and putting people into the camps.
Image: Supplied

"The Boer War had people put in concentration camps for their protection."

That is what British Conservative MP Jacob Rees-Mogg said on BBC's Question Time on Thursday as he compared the mortality rate in concentration camps during the second Anglo-Boer War, from 1899 to 1902, saying it was the same as in Glasgow, Scotland, at the time.

"They are not a good thing, but where else were people going to live?" Rees-Mogg asked.

Fellow guest, economist Grace Blakely, interrupted Rees-Mogg and asked him if he was justifying the use of concentration camps.

"No, I didn't ... The Boer War had people put in concentration camps for their protection," Rees-Mogg responded.

Blakely interjected again before Rees-Mogg continued: "I'm afraid you're confusing concentration camps with [Adolf] Hitler's extermination camps … These were people who were interned for their safety, now that is not a good thing."

He added: "It was not systematic murder. That's simply wrong. I'm not advocating people being taken off their farms and put into camps, but there was a war going on and people were being taken there so that they can be fed, because the farmers were away fighting the [Anglo] Boer War."

Blakely tweeted on Friday: "The crazy thing about this is - even though I know exactly what happened during the Boer wars - Rees-Mogg's measured tone and deep self-confidence made me second-guess myself. The deep-rooted urge in British culture to defer to aristocratic authority is truly terrifying."

The crazy thing about this is - even though I know exactly what happened during the Boer wars -Rees-Mogg’s measured tone and deep self-confidence made me second guess myself.

The deep-rooted urge in British culture to defer to aristocratic authority is truly terrifying. https://t.co/vOiMJjRSWz

The statistics, however, don't back up Rees-Mogg's claims.

According to South African History Online, 22,074 children under 16, 4,177 women and 1,676 men died in concentration camps. Lord Horatio Kitchener became the British chief commander in SA in 1890. He implemented a scorched earth policy, which entailed fighting guerillas by burning farms and putting people into concentration camps.

"These people lived on farms. They could look after themselves," Bailey said.

"One cannot be held responsible indefinitely for the mistakes of the past, but one must admit when there were mistakes, especially in the case of England. It's 120 years later, in October it's 120 years, and when you are in parliament you should know more about your country's past."

This is either a dangerous reimagining of the past or a deliberate re-writing of colonial history. Yes we had an empire, but it wasn’t handed to us on a plate & caused enormous pain. It’s a not a glory to be wished back but understood. The truth matters @Jacob_Rees_Mogg #bbcqt https://t.co/io65PB9YdN

Jacob Rees-Mogg tried to justify the UK creating concentration camps by comparing deaths rates to those in Glasgow. Every aspect of that comparison is disgusting. What a horrible, horrible man. #bbcqt

This is why ReesMogg is not just a caricature or humorous political eccentric. He is actually dangerous. This is a gross distortion of historical fact & one of the darkest episodes of our history. https://t.co/Q83wT0NX5K

Jacob Rees-Mogg says that "you've got to understand the history" before condemning the British concentration camps during the Boer War. Unfortunately, he doesn't. So here's a fact-check. [THREAD] 1/10 https://t.co/EFDuMrImAY

President Cyril Ramaphosa has denied claims made during the Sona debate that he was a spy in the early 1970s.
Politics
2 years ago