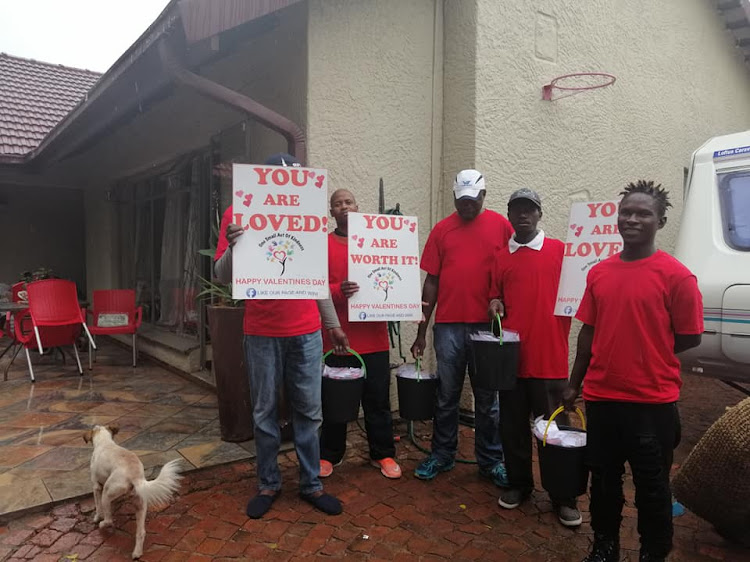 Non-profit organisation One Small Act of Kindness handed out goodies to the homeless for Valentine's Day.
Image: Supplied.

While many took some time to spoil their partners for Valentine’s Day, this was not the case for Kelly-Ann van der Meer who instead took to the streets to hand out chocolates and cupcakes to the homeless.

"They are human, they deserve love too" she said.

Van der Meer runs a non-profit company, One Small Act Of Kindness, that feeds over 100 homeless people across Johannesburg.

Due to a lack of funds, Van der Meer runs a food scheme on Thursdays when she and two assistants supply warm hearty meals.

Life has been hard for Philani Khumalo, 37, an unemployed father of three, since he had to leave work because it affected his health. He eventually ...
News
2 years ago

The organisation is committed to doing "something nice" for the homeless on holidays when many others are spending time with their families because it said this is when the homeless feel the pain of being alone the most.

"They appreciate it very much, they are very disciplined…wish we could do more,” the good Samaritan said.

Unlike many organisations, Van der Meer goes beyond just giving food and disappearing.

"We’ve built quite a strong relationship with some of them. We help them get handy jobs. Even if it's just as car guards, the R50 that they can make in a day, makes so much difference,” she said.

At the time of the interview, Van der Meer had at least three people at her home assisting with chores and construction work.

A Zimbabwean national, Brighton Mandingo, aged 33, came to the city with prospects of finding employment. But due to losing documentation including his passport, he was unable to find employment.

"It has been really bad for me, but (Van der Meer) is trying to help me. I appreciate everything, the food she gives us makes a difference because it's not easy in the streets," he said.

Madingo said he was not ready to return home.

"Yes it is difficult here, but back at home it is worse worse," he told TimesLIVE. 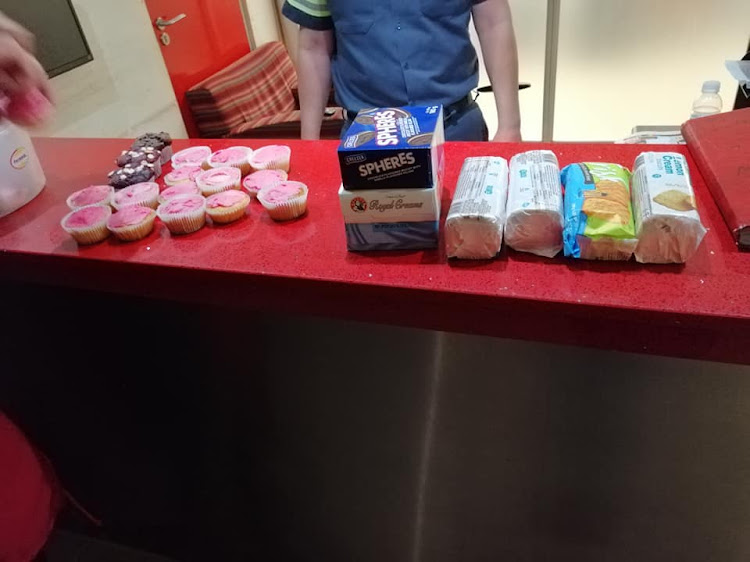 While some homeless people are assumed to be aggressive and thieves, Van der Meer said she had never experienced any wrongdoing from them.

"When you actually spend time with them, you realise that they are people like me and you  have quite valid reasons on how they ended up in the streets,” she said.

"Many of them left their homes with the hope of finding employment," only to find the work was temporary or sometimes non-existent, she told TimesLIVE.

Van der Meer said her not-for-profit group looked at not only giving out food but empowering the homeless as well.

"Some people think you pity them and we don’t want that, so we do every now and then try helping them find temporary jobs. We also try raise funds and take them to Home Affairs to apply for IDs, which is easy to lose because they do not have places to keep their possessions safe"” she said.

She cited the example of one of the guards who volunteered at her neighbourhood nursery school for almost a month in December and, through donations, was paid R2,500.

"He went home for the first time in seven years, he was really thrilled. I had his mother calling and actually thanking me. She said she thought she would never see her son again."

A Good Samaritan settled the bill for a couple celebrating their 60th wedding anniversary at a KZN hotel on Saturday evening.
News
2 years ago

The first two months of the year are normally the hardest for first-time tertiary students who move from different places to pursue their academic ...
News
3 years ago

A good samaritan that saved Chicago's homeless.
News
2 years ago