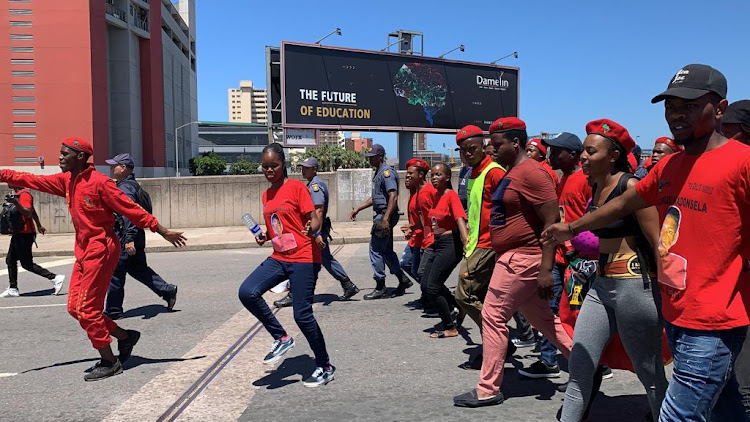 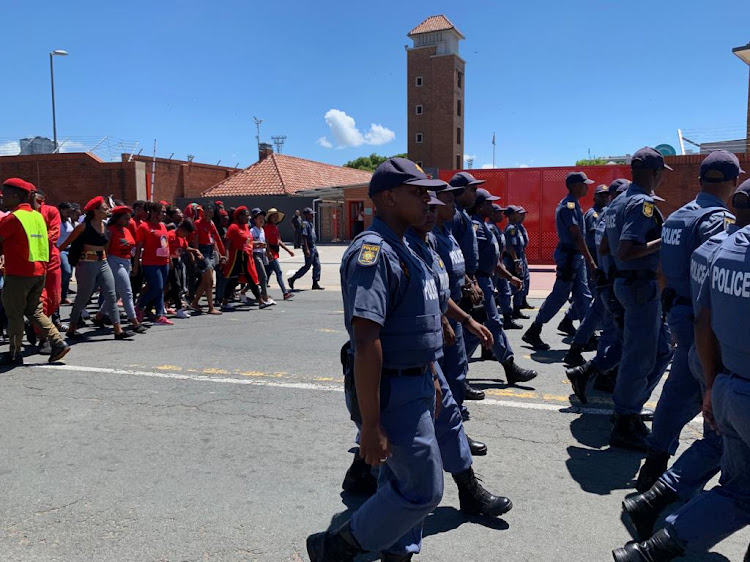 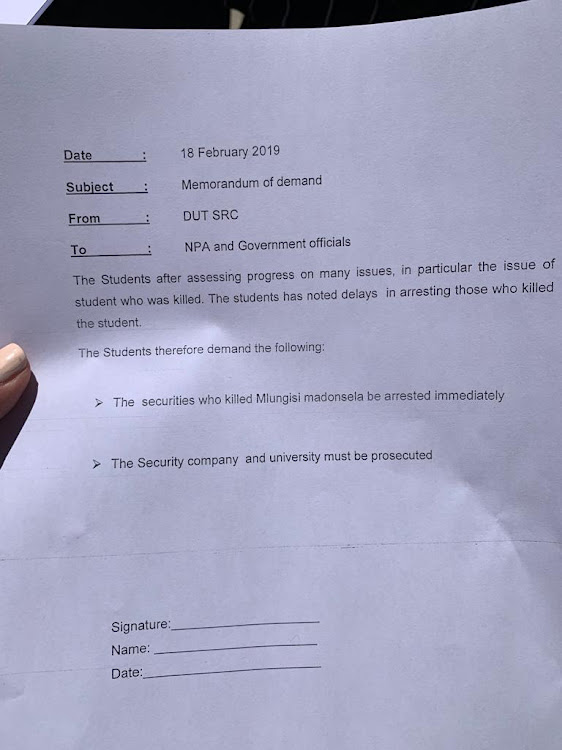 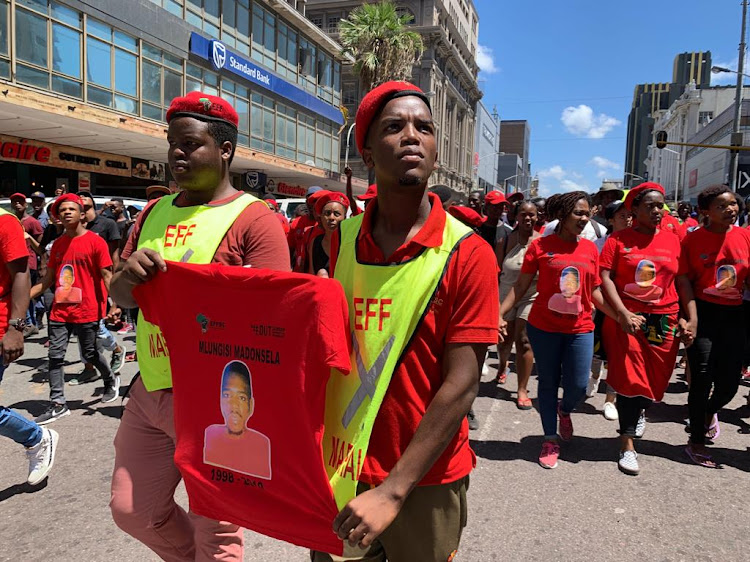 Hundreds of students marched from the Steve Biko campus to the Durban city hall on Monday to hand over a memorandum of demands to the mayor's office. They have asked  that the National Prosecuting Authority and government officials step in and speed up the investigation into Madonsela's shooting.

"The students have noted a delay in the arresting of those who killed the student," the memorandum read.

Madonsela was shot two weeks ago following clashes between students and campus security. It is alleged that he was shot by a security guard.

"We are no longer safe in our institution even when we run into the security guards, we fear we might get shot. We don't know what happened to using rubber bullets," said SRC president Sesiyanda Godlimpi who was addressing students outside the city hall.

The students demand in the memorandum that the security guard they believe was responsible for firing at Mandonsela should be arrested and that both the university and campus security be prosecuted.

The academic programme was set to have commenced on Monday. Before leaving the university's Steve Biko campus, Godlimpi said that he had given university management until the end of the day to assist all students who had been blocked for registration.

DUT said it would respond "shortly" to queries.

Mlungisi Ntombela receives the memorandum for students on behalf of the Mayor at the Durban City hall @TimesLIVE #DUT pic.twitter.com/630e3BvE8O