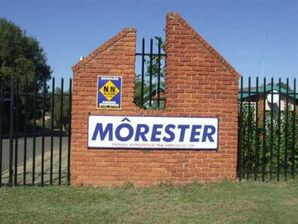 The Democratic Alliance has asked KwaZulu-Natal premier Willies Mchunu to intervene urgently to prevent a repeat of the Life Esidimeni tragedy after 197 children were removed from three children’s homes in Ladysmith and Newcastle and taken to various places in the province.

"According to reliable sources about the raid on Morester Ladysmith, the officials traumatised children from a one-month-old baby to a 20-year-old by storming in and removing the children, some forcibly, as they tried to barricade themselves in," said Lees.

He said according to initial information, the officials - some of whom were armed - weren't equipped with baby seats for the babies and didn't provide documentation as to where the children were being taken.

Lees said in addition, parents were not informed of the removal of the children and that they were removed without establishing what their individual medication or personal care requirements were.

"There can be no reason for the traumatic experience that these children have been put through and apparently continue to be exposed to," said Lees.

The DA has asked Mchunu and provincial social development MEC Weziwe Thusi to provide reasons why the children were removed and whether it was legal to do so. "We hope that this is not a repeat of the Esidimeni catastrophe," said Lees.

A new "baby hatch" facility has been launched in the East Rand area to facilitate safe surrendering of babies by mothers who cannot care for them, ...
News
3 years ago

Thusi on Monday ordered a high-level investigation into the allegations of widespread violations of the Children's Act at the Morester Child and Youth Care Centre in Ladysmith after a preliminary investigation showed some staff members had a case to answer.

Thusi said in a statement that the violations included physical, verbal and emotional abuse as well as racism, including the use of the offensive K-word against both African children and members of staff. The investigation wouldl also be extended to the Newcastle site of the care centre, said Thusi.

The department confirmed that social workers had removed 146 children from the Ladysmith site, 33 from Morester Newcastle and 18 from Home Meah in Newcastle. The children have been placed in government-owned child and youth care centres as well as care centres funded by the state.

Thusi apologised to the affected families, saying they had now been informed and would also be taken to the facilities where the children were placed on Monday.

"I want to start by apologising to the affected families who may have already heard about the operation in the media. Our intention was to prioritise the well-being of the children, then communicate with them through our normal channels, but our efforts were thwarted by those who think child protection is a tool to score political points," she said.

She said her department would investigate allegations of any form of child abuse "without any fear or favour, even in child and youth care centres".

Thusi also revealed that the Morester care facility was funded by the state to the tune of  over R5m to ensure the well-being of vulnerable children, adding: "We will not stand by when we learn that the money is possibly used to further traumatise the same children who are in need of care and protection."

Lizette van Niekerk, the director at the home, wasn't available to comment to TimesLIVE on Monday.

Public hospitals have become a death-trap for the poor‚ says Refiloe Nt’sekhe of the Democratic Alliance.
News
3 years ago

A total of 144 deaths of Life Esidimeni patients are being investigated‚ with the National Prosecuting Authority (NPA) "currently in the process of ...
News
4 years ago