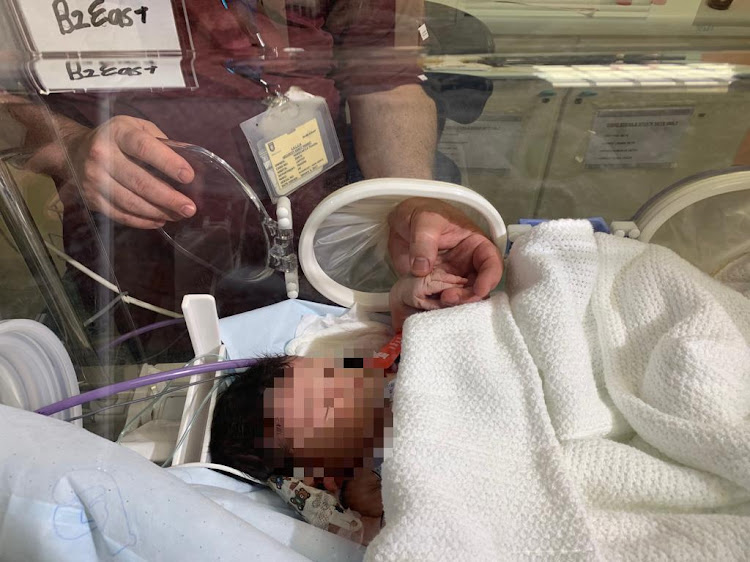 The 27-year-old woman was arrested for attempted murder relating to a child found in Newlands East
Image: Jackie Clausen

A woman has been arrested following the dramatic rescue of a baby found in a stormwater drain in Durban last week.

"A 27-year-old suspect has been arrested ... while at a local hospital. She was arrested for attempted murder relating to a child found in Newlands East last week," said Mbele in a short statement.

Three days after a baby girl was rescued from a storm water drain pipe in Durban, another newborn was found dumped in a hazardous medical waste bin ...
News
3 years ago

She later confirmed that the arrest was in connection with the discovery of a baby found in a stormwater drain.

Mbele said the arrested woman was under police guard and would appear in court soon.

The faint cries of a baby, believed to a newborn, trapped in a stormwater drain could be heard as Durban emergency workers battled to reach the ...
News
3 years ago

A miracle - that's what Dr Timothy Hardcastle called the newborn baby girl who survived being trapped in a stormwater drain.
News
3 years ago

Miracle baby's mom, granny have not been arrested, say cops

Police have slammed as false news allegations circulating on social media about the arrest of two women in connection with an infant that was dumped ...
News
3 years ago

A Durban mother and her daughter fear for their lives after somebody posted their pictures on social media, accusing them of being responsible for ...
News
3 years ago

A 22-year-old woman has been arrested after her newborn baby was found dead in a pit latrine in Impendle, Pietermaritzburg.
News
3 years ago