Vrye Weekblad is back and armed with a power crew 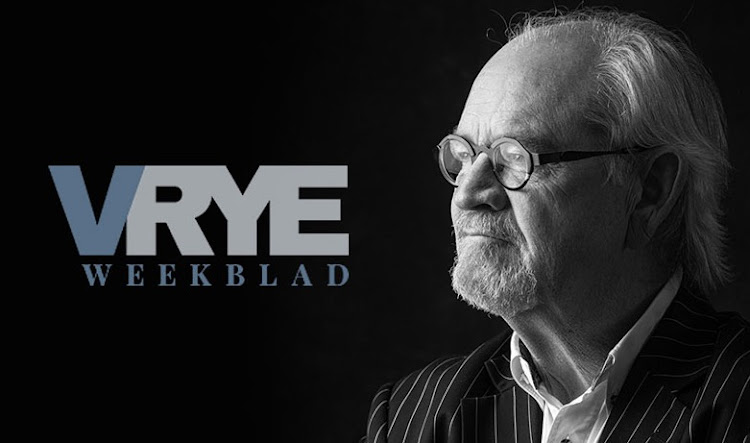 Tiso Blackstar Group has confirmed the return of Vrye Weekblad - the historic anti-apartheid Afrikaans newspaper which shut down 25 years ago after revealing the Vlakplaas death squads.

Founding editor Max du Preez is again taking over the helm and is joined by some of the same team members that investigated the apartheid-era government a quarter of a century ago. Former General Lothar Neethling sued the newspaper after it revealed that Neethling supplied toxins to police be used on anti-apartheid activists. The protracted court proceedings led to the publication shutting shop in 1994.

Now Vrye Weekblad will be published in a digital format on a weekly basis. The site is already live (vryeweekblad.com) and you can register now to get updates in the lead-up to the launch.

"It will be unapologetically progressive, cheeky and disrespectful to those who believe they are important. But most of all it will offer news, analysis and opinion of the highest international standard," reads a statement on the launch.

Du Preez says that while it will be published in Afrikaans, it is not only for the Afrikaans community.

"It will speak to all those who want to be challenged by unique insights into the South African story."

Joining Du Preez as co-editors is author of The President's Keepers Jacques Pauw and Anneliese Burgess, author of Heist!

The first six editions of Vrye Weekblad will be free with the first edition set to debut in April.

"This investment is in line with our continued commitment to quality journalism, which we regard as key to our future. We are proud to be associated with the journalistic talent that comes with the Vrye Weekblad brand," said Tiso Blackstar Group media MD, Andrew Gill.

Tiso Blackstar Group is the publisher of TimesLIVE as well as Sunday Times, Business Day, Sowetan and Financial Mail.

Journalists Aron Hyman and Anthony Molyneaux take you behind the scenes of their investigation into Cape Town's train fires.
News
3 years ago

LISTEN | The political podcast that's a must on your playlist

It's easy to fall prey to political rhetoric, so let our journalists navigate the political charm offensive and covenants for you.
Politics
3 years ago

"Together with our award-winning journalists at the Sunday Times, we will produce a high-quality, in-depth investigtion video journalism series"
News
3 years ago