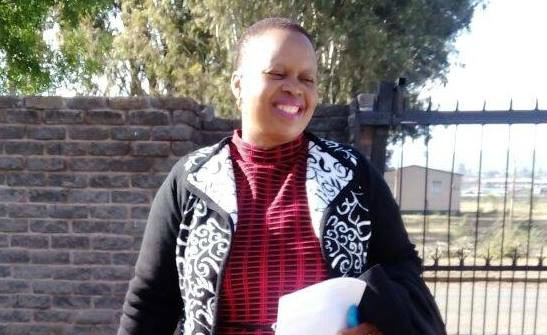 The high court in Mathatha has found that the late magistrate Linda Vowana committed a gross misconduct by allowing lawyer Zukiswa Ponoane to rewrite his judgment in favour of her clients.
Image: Facebook

Courts generally deal with precedents without fanfare, but one in which a magistrate allowed a lawyer to write a judgment in her favour has gotten judges in the Eastern Cape hot under the collar.

The high court in Mathatha this month overturned magistrate Linda Vowana’s ruling in which he ordered the police minister to pay damages to six people who sued for unlawful arrest and detention.

The appalled judges said: "The misconduct which culminated in this review, to the best of our knowledge, is unprecedented in the annals of the judiciary in this country. We hope it will never be repeated by any judicial officer."

WATCH | Magistrate in hot water for ‘texting in court’

A Cape Town magistrate is in trouble for texting during a court hearing, while a stenographer in the same court was filmed sleeping.
News
3 years ago

The six people had been arrested in Silindeni, in Sterkspruit, and detained in connection with mob justice in the area. An elderly woman had been raped and killed in her shack and a group of residents attacked and burned down the home of person suspected of the crimes.

The six then sued the police minister and they hired lawyer Zukiswa Ponoane to represent them.

According to court papers, in November 2012, Vowana – who has since died – prepared a four-page draft judgment and faxed a copy of the unsigned document to Ponoane. They then discussed the judgment telephonically. Counsel for police minister told the court that during the telephone conversation, Vowana and Ponoane reached an agreement that she should rewrite the draft judgment.

Vowana did not send the document to the minister’s lawyer and was kept in the dark about Ponoane having to rewrite it. Four days later, Ponoane faxed the rewritten draft to the magistrate. It was now 10 pages long "with significant amendments and additions effected to the draft".

The judicial conduct tribunal to investigate and decide on a complaint lodged by Constitutional Court justices against Western Cape judge president ...
News
3 years ago

Vowana signed the judgment and faxed it back to Ponoane. The minister’s lawyer had to collect a copy of the judgment from the clerk of the court.

The "gross irregularity" was only picked up in 2013 when Ponoane demanded the payment of the damages award. Vowana was then reported to the police in Sterkspruit. In his statement to the police, Vowana did not deny allowing Ponoane to tweak the judgment.

"I wish to add that my judgment was in favour of Mrs Ponoane or the plaintiffs," Vowana told the police.

"Later on, I am not sure about the date, Mrs Ponoane phoned me, she also raised the format in which my judgment was written. She further informed me that there was a better format that she had seen from a certain advocate with whom she handled another matter.

"Mrs Ponoane and myself agreed that she was to rewrite my judgment, meaning the same judgment I already gave her, in the same manner she had seen without altering the content of my judgment. There was no favour or benefit of any kind to anybody in the process."

But the high court said the judgment was rewritten from four pages to 10 and that Vowana had failed to explain the discrepancy. The only signed judgment found in the court file was the 10-page one which had "admittedly been rewritten by [Ponoane]".

"With these scandalous anomalies not having been explained, we are unable to accept the innocence with which this behaviour is sought to be deceptively imbued," judges Thembile Malusi and Mbulelo Jolwana said.

"On [Vowana and Ponoane’s] own showing, it is clear that there was improper conduct on the part of the magistrate who got the [the lawyer] involved in his work, all without the knowledge of the [minister]."

JSC rapped for taking over a decade to deal with judges

Freedom Under Law has rapped the Judicial Service Commission for taking so long to deal with matters involving judges accused of misconduct.
News
4 years ago

The judges were not impressed with Vowana and Ponoane’s explanation. They also expressed their displeasure at Vowana’s failure to explain his odd behaviour.

"The conduct of the magistrate is utterly unacceptable as he is not an ordinary litigant. This court was confronted with the unedifying spectacle of a magistrate deposing a confirmatory affidavit when it is his judgment that was at issue in the review," the judges said.

"Instead, [Ponoane] deposed the answering affidavit . Our view that the magistrate had compromised his independence and impartiality was bolstered by the fact that both [Vowana and Ponoane] were represented by the same firm of…attorneys…and the same counsel. A comparison of the draft and the judgment indicates that the judgment was predominantly in [Ponoane’s] words."

The judges added: "It is an act of inherent intellectual dishonesty at best and at worst downright fraudulent to have one person decide what order to give and thereafter have another person make up the reasons for the order post facto."

The court overturned the ruling and ordered that the matter be heard by another magistrate. It also referred  Ponoane’s conduct to the legal practice council for investigation and slapped her with the legal bill.

Magistrate up against ropes

A Magistrate found guilty of misconduct for allegedly fondling and tickling colleagues is fighting to keep his robes and has launched several high ...
News
10 years ago

A magistrate found guilty of misconduct for fondling and tickling colleagues, is fighting to keep his robes, launching several high court actions in ...
Lifestyle
11 years ago

Insolvency practitioner Dines Gihwala was struck off the roll of attorneys on Tuesday.
News
3 years ago