'How will I pay my rent?' - asks sobbing Bosasa employee 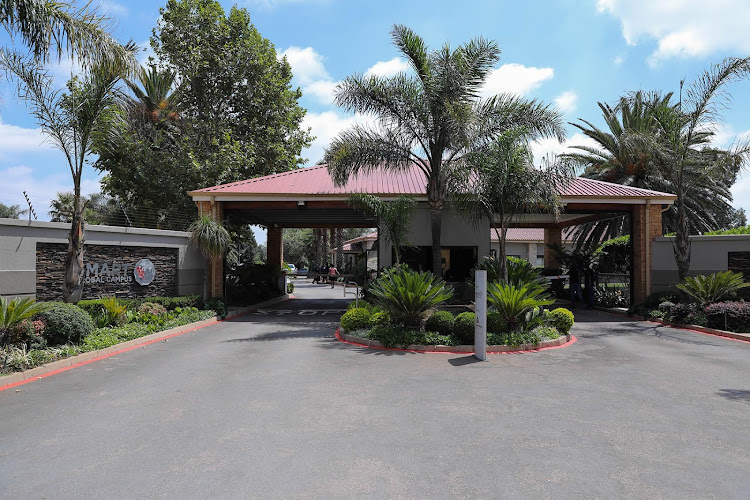 Arriving to locked gates at her workplace felt like the world had come crushing down on her.

A 42-year-old woman employed at Bosasa's headquarters in Krugersdorp, who spoke to TimesLIVE on condition of anonymity, said that for her personally, the latest developments at her workplace, which saw the embattled state contractor being placed under liquidation, were the final straw that broke the camel's back.

"I’m going through a divorce at the moment and recently moved out of my matrimonial home and am renting a flat. I don’t know how I’ll face this life. How will I pay for my rent? My daughter is also doing her first year in university and I have to pay for her fees. This is just too much for me to deal with," the woman sobbed as other colleagues tried to comfort her.

She was among a group of Bosasa employees who were barred on Friday from entering the plush office park in Luipaardsvlei, Krugersdorp, where the company’s headquarters are based.

A company falling under the umbrella of controversial state contractor Bosasa has had its contract with the state capture commission terminated and ...
Politics
2 years ago

"When we arrived here, we were told that we can’t enter the premises" one employee who only introduced himself as Tshepo told TimesLIVE.

He lamented how the former Bosasa management had handled the issue. "We just heard on the news about the liquidation and closing of bank accounts. They never held any meeting with us to explain what is going on or at least what this liquidation meant for us workers."

According to workers, in the past few weeks they noticed some suspicious things that made them suspect that management was busy planning something.

"They started by removing all branding on company vehicles and that is when we saw that something is fishy. Then they removed some of the animals in the park and this just confirmed our suspicions,” one worker identified only as Sello said.

"Those animals are everything to Nkokhekli (Gavin Watson). He loved them dearly. He had a fulltime employee whose job was just to ensure that the animals are fed daily. That was his only job - to take care of the animals. So when they removed the animals, we just started preparing ourselves for the worst" he said.

One of the security guards who was working night shift at the headquarters a day before the liquidator took over said the directors had worked till very late that night.

“They left just after 11pm. I think they were destroying documents,” he said.

Another staff member, Tebogo Tsheole, said he had been in the employ of the company for almost 12 years and his main concern was whether he would receive his provident fund money he had been contributing to for more than a decade.

"When I asked the liquidator this, he couldn’t confirm whether we would get our money. He said he doesn’t know," the 37 year-old father of three said.

Tsheole also said he was concerned whether the training the company had been giving  them was accredited.

"I just wonder if these certificates we have will help us in any way to find other jobs," he said.

Sello also worked for Bosasa as a security guard and said what was happening at the company was nothing new for him.

"I’ve been with this company for more than 15 years and have been retrenched three times previously. That is the nature of this job. There is no job security in this sector, when a company loses sites then it’s a given that those working there would lose their jobs"” he said.

It was panic stations at Bosasa headquarters in Krugersdorp on Friday after staff were told a liquidator would be taking over.
News
2 years ago

He also said his main problem was whether they would receive their provident fund money.

"At this point it’s not clear, the liquidator doesn’t want to commit to anything," he said.

The Bosasa group was placed under voluntary liquidation on Monday by its board of directors, which is now officially dissolved.

The former chairperson of the Bosasa board, Johannes Gumede, said on Monday that because of a decision by banks to close their accounts, and the refusal by other national and international financial institutions to assist, they would not be able to operate from March 1.

"The extensive reputational damage in the past few months has resulted in financial institutions determining that [African Global Operations, as the company is now known] poses a reputational risk for them as clients.

"The decisions are not based on the group’s liquidity status, financial stability, and operational performance or growth forecasts. The group is commercially solvent. Tragically the group will be unable to trade without a bank account."

Cloete Murray, who took over as liquidator of the company, said he had informed the board that he was taking over operations at the multi-million group of companies.

"I requested them that for the moment, they need not come to the premises until we need them further,” Murray said.

Inside the plush premises, an electric blue BMW X5 was parked just in front of the reception area and a few antelope were grazing while blue cranes rested in the shade.

"This used to be Gavin’s car [Gavin Watson, Bosas's CEO] but I don’t think it belongs to him now as it was bought under the company name. That’s why it’s still there. All the directors are now out, I think he got a lift from someone else when he left," one of the employees told TimesLIVE.

Papa Leshabane, one of Bosasa's directors, looked exhausted as he walked out of the cmpany's premises. He said his main concern was to see that the staff employed by the company did not lose their jobs.

The state capture commission last month saw damning evidence in a video submitted, and heard how Bosasa kept cash in vaults and delivered them in grey security bags to bribe officials for contracts.

Bosasa liquidator 'can't answer' whether employees will be paid next month

The man appointed as liquidator of controversial state contractor Bosasa said on Friday he was unsure whether workers would be paid until the end of ...
News
2 years ago

Embattled deputy national director of public prosecutions Nomgcobo Jiba has denied under oath that she received any bribe money from Bosasa or ...
Politics
2 years ago

The department of correctional services has set up a "war room" to handle the fallout from the liquidation of embattled facilities management company ...
News
2 years ago
Next Article