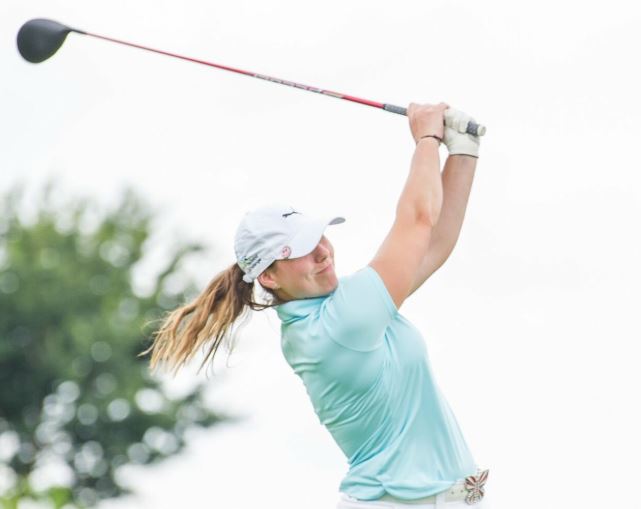 UK golf star Charlotte Austwick has been discharged from a KwaZulu-Natal hospital after she and two others nearly drowned during a swim on the south coast on Monday.

Austwick is in the country for the SA Sunshine Ladies Tour at San Lameer, however she was unable to participate due to her near-drowning ordeal.

Austwick told TimesLive on Saturday that has she had been released from hospital on Friday evening.

"I am OK. I have been given quite a few medications from the doctor and told to take it easy. I am going to take the few days to take it easy because I don’t want to overdo it now and not be able to compete in Cape Town," she said.

Austwick said she was taking "each day as it comes at the moment".

UK golf star Charlotte Austwick is recovering in a KwaZulu-Natal hospital, after she and two others nearly drowned during a night swim on the south ...
News
2 years ago

The 27-year-old professional golfer, a fellow golfer from Norway and a SA caddy, got into difficulty after they were swept offshore by a rip tide off Marina beach, close to the country club.

The trio's plea for help were heard by diners and the manager of the nearby Mariners Seafood Restaurant.

They were rescued by locals and National Sea Rescue Institute swimmers.

Austwick is in no hurry to get back into the sea.

"I will take a walk down to beach and get down there to get my toes wet but not too far in just yet," she said.

Austwick said there were reports stating that she had gone for a swim at night.

"A lot of people are probably saying that is a stupid thing to do, however we were not swimming at night. It was daylight. It turned dark after we got into trouble."

Austwick will travel to Cape Town next week to compete in another tournament.

A child died while trying to cross a river in Temple Valley at Verulam in KwaZulu-Natal at the weekend, Arrive Alive said on Monday.
News
2 years ago

Tragic end for Durban boy who was resuscitated after near-drowning

A four-year-old Durban boy died hours after being resuscitated after a near-drowning experience in a residential pool on Sunday.
News
2 years ago

A man met a watery death after he accidentally reversed a truck, he was off-loading from a vessel carrying vehicles, into the Durban harbour on ...
News
2 years ago