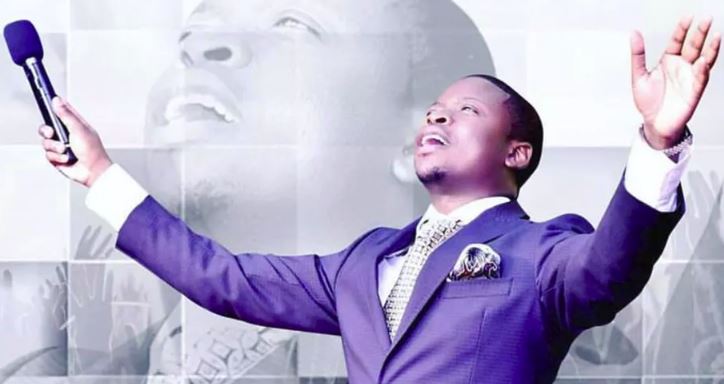 Not many knew Prophet Shepherd Bushiri until three people died in a stampede at his Enlightened Christian Gathering Church in Pretoria.
Image: Facebook via The Conversation

The gospel first reached South Africa in the late 1970s through churches such as televangelist Ray McCauley’s Rhema Bible Church. Due to apartheid restrictions on the movements of black people, the prosperity gospel’s reach was limited. But since the start of democracy in 1994, preachers from across the continent have streamed into the country’s townships, converting large numbers to this new gospel.

Bushiri's lawyers will fight for him to keep his luxury jet

Self-proclaimed prophet Shepherd Bushiri’s private jet is subject to an application of attachment by the Asset Forfeiture Unit (AFU).
News
3 years ago

Not many South Africans had paid much attention to Prophet Shepherd Bushiri until the end of last year. But when three people died in a stampede at his Enlightened Christian Gathering Church in Pretoria, the “self-proclaimed prophet” received wide media coverage.

In February 2019, he was again in the news when the police’s special crime investigative unit arrested him and his wife on suspicion of fraud, money laundering and for exchange control irregularities amounting to over US$ 1 million. His R20-million private Gulfstream jet was also attached.

Bushiri’s followers also attracted media attention when they gathered in great numbers waving placards outside court to pray for his release. Many prostrated themselves on the tarmac, tears streaming down their faces as they spoke in tongues or as they cried for their “daddy”, “Papa” or “Major One”.

Paseka Motsoeneng, better known as Prophet Mboro, who is a preacher from a similar church, lent emotional and spiritual support to Bushiri’s “children”, traumatised by the loss of their “spiritual mother and father”.

These scenes led many South Africans to ask questions about Bushiri’s supporters. Were they part of a cult? Or were they merely instruments in the hands of a man who manipulated their vulnerability for his own financial ends?

Christian commentators called for urgent government intervention to protect poor people duped by the improbable promises made by what they termed as “scam” churches and “fake prophets”.

As an anthropologist, I have been studying prosperity gospel churches in South Africa for nearly a decade. I have attended hundreds of daily services, watched scores of televised ones, analysed websites and chat forums and interviewed hundreds of prosperity gospel believers. And unlike theologians who argue about the legitimacy of Biblical interpretations and questions of doctrine, I have been interested in the kinds of people who swear undying support for men like Bushiri.

Tenets of the prosperity gospel

The prosperity gospel explains poverty and illness in terms of sins against God, specifically the withholding of tithes. It also ascribes such “bad luck” to the work of demons engaged in a spiritual war against God’s kingdom. Converts typically renounce their past lives and their old churches.

They embrace spiritual “technologies” – these include offerings in church, paying tithes, praying strongly and exorcising demons – that promise to secure miraculous health and wealth directly from God. They also follow preacher-prophets who they believe have special powers to fight against the “spirit of poverty”.

After money spent on Bushiri 'special prayers', congregant has no taxi fare to go home

Tebogo Mogashoa made her usual trek from Krugersdorp to Pretoria to hear Shepherd Bushiri preach.
News
3 years ago

Many believers are strengthened in this faith through the persistent testimonies of those who had been “blessed” with jobs, houses, cars and healing in church. These testimonies are delivered from church pulpits and in person, and are endlessly repeated in church publications and on radio, television and the internet.

My research showed that prosperity gospel churches attract people from all walks of life and a variety of educational backgrounds. While the majority of congregants, like the majority of South Africans, are typically poor and dependent on social grants, these churches also count significant numbers of professionals, business people and increasingly, politicians, in their ranks.

I also found that Prosperity gospel believers are not captive victims of so-called cult leaders. In fact, they move constantly between churches as they search for more efficacious “technologies” and “stronger prophets”. Chances are that as Bushiri faces more legal troubles, more of his followers will desert him for prophets like Mboro.

I often struggle to convince people that those who subscribe to this gospel are not simply credulous dupes. Detractors often refer to the figure of the improbably rich prophet, men like Bushiri, as proof that the prosperity gospel is illegitimate and that its believers are fools.

There’s a long Western Christian belief that money is a force that corrupts proper spiritual intentions and corrodes sacred social bonds. Stemming from the 16th century Reformation, this tradition has been very suspicious of any coupling of God and money, holding that the material world poses dangerous distractions from proper spiritual belief.

But there are other Christian traditions such as the prosperity gospel that are much more materialist in their concerns. In these traditions, money does very different kinds of work. It is the proper medium through which their God “blesses” people, through which people petition God and through which believers come into social being and connect to others through their generosity.

In his first major sermon since being charged with fraud, self-styled prophet Shepherd Bushiri compared himself with the apostle Paul
News
3 years ago

Some of these traditions have a long history in South Africa, going back to the 1800s. The mission record for instance shows that scores of early converts- and missionaries- demanded material proof of their new God’s power. Various Revivalists used Christianity to inform more aggressive forms of millenarianism such as the “gospel of self-help” during the 1940s and the tent campaigns of the 1960s. The prosperity gospel is a continuation of this materialist Christian tradition. For its followers, it is not a con, just a different approach to their God.