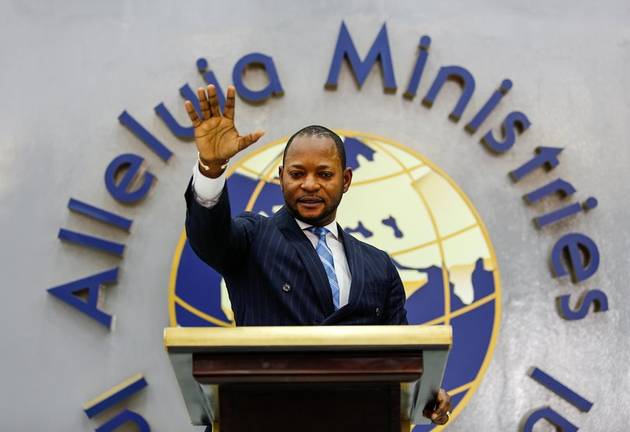 Pastor Alph Lukau trended after a video of him "raising a man from death" went public.
Image: Moeletsi Mabe

Controversial pastor Alph Lukau of Alleluia Ministries dominated headlines and Twitter trends after a video of him "resurrecting" a man went viral.

The video shows Lukau laying his hands on a "dead man", who then comes "alive" after prayer.

Johan Rousseau, founder of Funeral Industry Reformed Association, says a lot was off with the Lukau "resurrection".

He pointed out that coffin manufacturers are not allowed to sell their services to the public, but are to sell only to funeral parlours, which he said was not the case with Lukau's church.

"Which funeral parlour risks their reputation by renting out a car to a private customer? The main question that we need to ask here is what is the relationship between the church and the funeral parlour?"

Kings and Queens Funeral Parlour denied any knowledge of the deceased or selling the coffin to the church.

Rousseau said Lukau is an opportunist who takes advantage of the fact that the funeral industry is unregulated, which is something he said they have been trying to get the government to do for years.

He further emphasised the importance of people to vet the funeral parlours they choose to use as some are bogus and operate illegally.

Kings and Queens Funeral Services is considering legal action for "malicious damage" to its image after a pastor supposedly brought a man back to ...
News
3 years ago