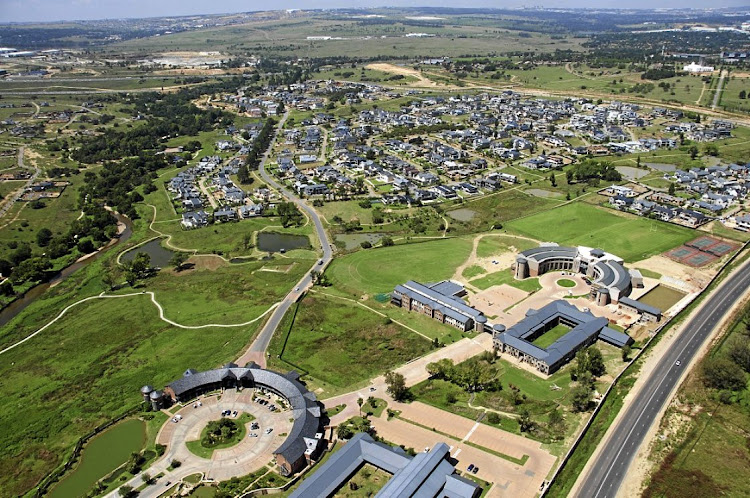 The Waterfall Estate development is one of the largest property projects in South Africa's recent history, carrying an estimated R71bn in investment.
Image: Archive

Three Waterfall Investment Company employees were granted bail of R10,000 each in the Johannesburg Specialised Commercial Crime Court on Tuesday.

Former CFO Brian Landman, his wife Mitchell Tracey Landman and former accountant Hendrik Stroebel handed themselves in on Monday and were charged with fraud, corruption and money laundering.

They are expected to appear in the Palm Ridge Magistrate's Court on June 10.

Johannesburg mayor Herman Mashaba said in a statement that Joburg Water employee Faisel Abrahams and two co-accused from Waterfall Investment Company, Irving Steyn and Yvette Scheepers, were arrested last year after they illegally obtained water meters and stole water estimated to be worth millions of rand during the development of Waterfall City. The meters were not registered on the city’s billing system.

The city of Johannesburg says it has collected R8.2m from various developers at the Waterfall Estate in Midrand whose water meters were not on the ...
News
3 years ago

Mashaba said the Operation Buya Mthetho team conducted an audit of all the water meters installed at Waterfall City.

"Instead of applying for a bulk water meter, which can cost up to R140,000, Waterfall Investment Company allegedly colluded with Abrahams to obtain the meter and continue with the development.

"I am happy with the manner in which this case is progressing. We are confident that more arrests will be made in due course," said Mashaba.

Mashaba said further investigations in 2018 revealed that some water meters were not reading accurately, despite the continued use of water.

"It was also discovered that the development is not registered, meaning the services that are used by tenants and the developers are also illegal.

"Further investigations while on site revealed that most water connections in this property development access water without metering, resulting in loss of revenue to the city because water usage cannot be measured without a meter," said Mashaba.

Charges were withdrawn against one of three people accused of illegally obtaining water meters and stealing water estimated to be worth millions of ...
News
3 years ago

Three people arrested in raid by City of Joburg

Three people were arrested on Wednesday for illegal electricity connections as part of the City of Johannesburg’s anti-crime initiative Operation ...
News
4 years ago