I sometimes feel for them because they didn't send their kids to do this. 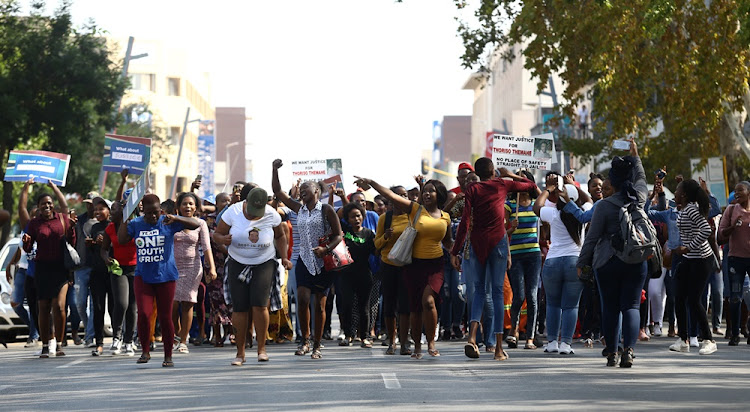 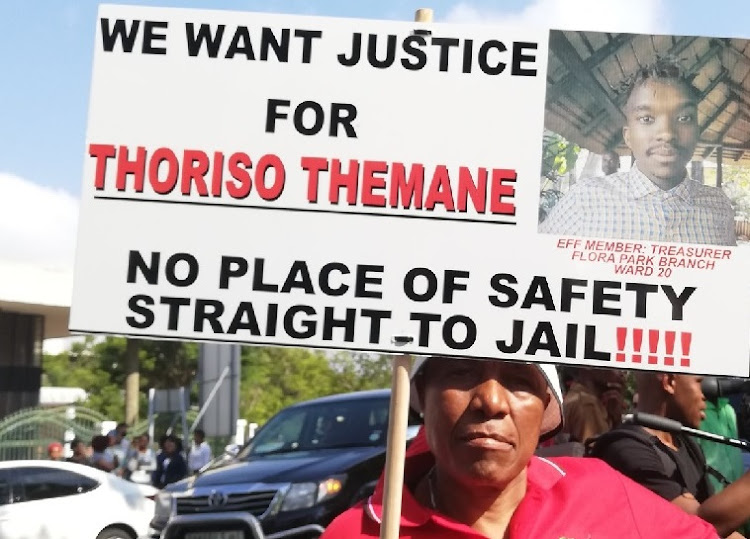 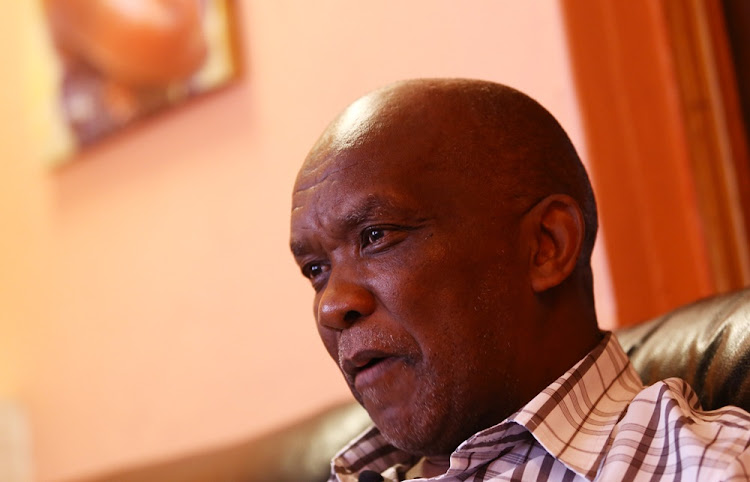 The father of slain 27-year-old Thoriso Themani said none of his family members are attending Thursday's court appearance of five pupils accused of killing Thoriso - because it would derail their process of healing.

This comes as authorities disclosed a sixth suspect has been arrested.

"We won't be attending yet ... Maybe later. We need to heal first," said Mahlapahlapana Themane.

He was speaking on Thursday morning as five teenagers aged 15 and 16 are appearing behind closed doors in the Polokwane Magistrates's Court in connection with the fatal beating of Thoriso.

Only parents and police are allowed in the courtroom because the accused are minors.

A sixth youngster is currently being processed by authorities to join the others in the dock. The arrest was confirmed by National Prosecuting Authority Limpopo spokesperson Mashudu Malabi-Dzhangi.

Community members gathered outside the Polokwane Magistrate’s Court on February 28 2019 to demand justice for slain Thoriso Themane. Six school pupils, arrested in connection with the fatal beating of the aspirant musician, appeared briefly in court, before being remanded in custody until their case resumes in seven days.

Mahlapahlapana Themane, father of slain Thorisho Themane said his son had gone for a music rehearsal with his friends the Saturday of his assault.
News
1 year ago

Outside court, scores of people are gathered, demanding that justice be seen to be served and calling for the prosecution of those implicated. "#JusticeforThoriso, No place of safety, straight to jail," some placards read.

Themane died on Sunday morning, after being beaten by an alleged teen gang the night before. The incident went viral after two videos showing the badly beaten Themane lying on the ground were shared on social media platforms. In the background, his attackers can be heard telling him he will die.

Thoriso's father said none of the alleged perpetrators' family members had contacted the Themane family as yet, but he had seen them earlier at the police station.

"They haven't made contact with us. I think they are embarrassed by what their kids have done," he said.

"My daughter and I saw them at the police station when they had to submit the documents ... They were in a corner with their families ...

"I was numb, I had no anger but actually pitied them ...

"My daughter could not hold herself, she cried, a lot," he told TimesLIVE.

Mahlapahlapana Themane said Thoriso's mother was battling to come to terms with the loss of her son.

"Sometimes she's fine, sometimes she cries, but I think she is getting better ..." he said.

Asked what his reaction would be if the families of the perpetrators were to approach the family, he said he would hear them out.

"I sometimes feel for them because they didn't send their kids to do this. However, those involved must be punished. Justice must be served for my son, I think that would bring us closure," he said.

An online petition calling for the minors implicated in Thoriso Themane's killing to be jailed was doing the rounds on social media on Wednesday.
News
1 year ago

This is the park where Thorisho Themane was brutally attacked

The trees swayed in Flora Park as a few dirty plastic bags and pieces of paper fluttered in the breeze. No people could be spotted on what was a ...
News
1 year ago

We have a 'generation of horrible kids', says educational psychologist after Themane murder

"Kids don't have joy anymore."
News
1 year ago
Next Article