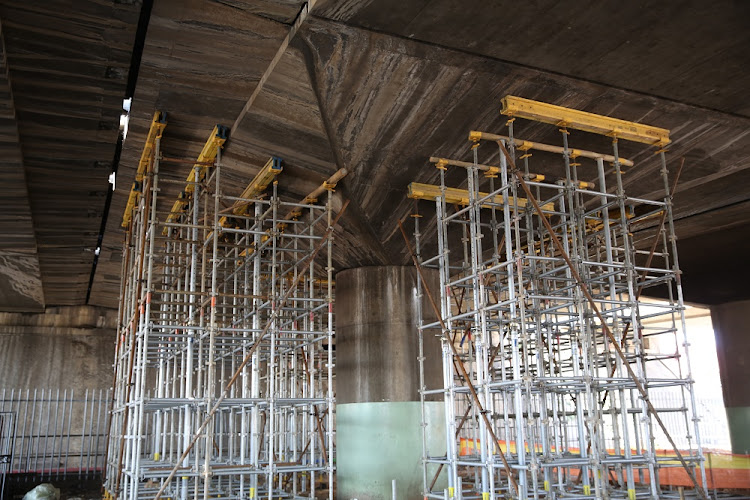 The M2 bridge south of Johannesburg will be closed to traffic due to fears of a possible collapse.
Image: Thapelo Morebudi

It was too early to tell whether the closure of a section of the M2 highway would drastically affect traffic from Germiston to Johannesburg early on Thursday - as the planned closure did not go according to plan.

By 7.30am motorists were still driving from the east to the CBD on the section of road that was supposed to have been closed at 6am.

Johannesburg mayor Herman Mashaba announced recently that a portion of the M2 would be closed in both directions from 6am on Thursday.

However, at 7.30am there were still cars driving past the Maritzburg Road offramp to the CBD.

The plan was to close all onramps and offramps, but this was delayed because by 8am barricades had not been delivered, said Johannesburg Metro Police Department (JMPD) spokesperson Wayne Minnaar.

Johannesburg motorists, beware – traffic is about to get worse.
News
2 years ago

While part of the M2 motorway in Johannesburg will be closed to repair its unstable bridges, scores of homeless people living there in squalid ...
News
2 years ago