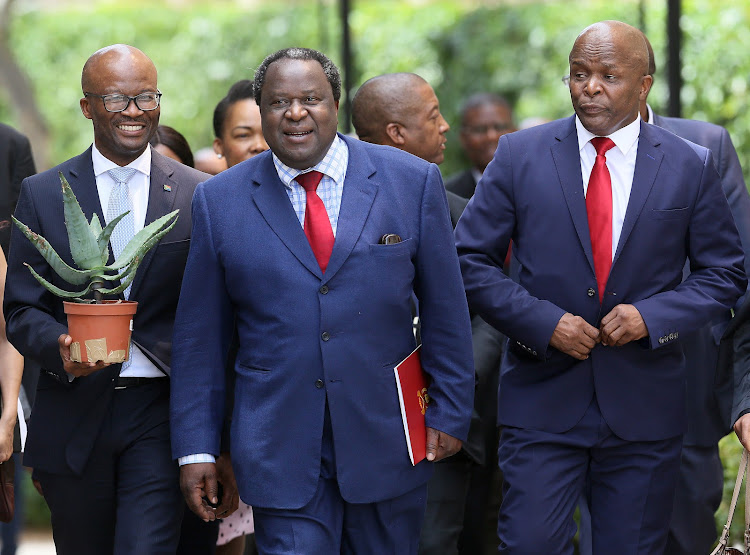 From the Public Protector’s findings on National Treasury to the death of a rising star and the Democratic Alliance on Eskom, here are fives stories you might have missed this weekend.

Tito Mboweni on the Public Protector

Mboweni has approached the high court to review and set aside a report by Mkhwebane  which found that Treasury director-general Dondo Mogajane acted dishonestly by not disclosing on his job application that he had a speeding fine.

Finance minister Tito Mboweni and the Treasury have launched an astonishing attack on public protector Busisiwe Mkhwebane, accusing her of tarnishing ...
News
2 years ago

President Cyril Ramaphosa revealed plans to launch a national campaign to clean up South Africa, similar to that of Rwanda.

Ramaphosa made this suggestion while addressing supporters at an ANC rally in Rustenberg on Saturday, saying the country’s towns and cities were filthy.

Sibusiso Khwinana, the lead actor in the recently released South African film, Matwetwe, died after being stabbed in Pretoria on Friday night.

Police confirmed that the 25-year-old and a friend were attacked over a cellphone.

Tributes, including those from the film’s executive producer, DJ Black Coffee, and the South African government, have poured in for the young star.

Police are investigating the murder.
TshisaLIVE
2 years ago

It is believed Nyobo died in a hail of bullets when three gunmen fired at the vehicle he was in.

The Western Cape on Eskom

The Democratic Alliance’s candidate for Western Cape premier, Alan Winde, says he wants the province to be independent of Eskom’s energy supply.

Winde said this during the party’s “plan of action for the Western Cape” rally in Cape Town on Saturday.

The candidate said the Western Cape would never reach its full economic potential if it continued to rely on Eskom for energy supply.