NSFAS funds not being spent on textbooks, warn book sellers 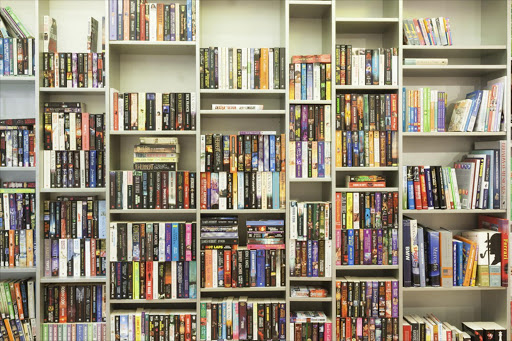 Book sellers have reported a decline in sales since NSFAS began depositing funds straight into students' accounts instead of giving them vouchers meant for books.
Image: Thinkstock.

The South African Book Sellers' Association (Saba) said this was evident as textbook sales had declined since NSFAS had adopted a new payment system.

The NSFAS had previously ring-fenced the funds, allocating a portion of the allowance to be used strictly for food, another for transport and another for textbooks.

The financial aid institution recently changed this and now deposits lump sums into students' accounts, saying that, among other things, it teaches students responsibility.

"In the process of granting the NSFAS allowance we want students to grow to be responsible citizens and take charge of their economic needs and responsibilities. The voucher system that has been used in the past is very limiting in this regard. Therefore, all 2019 NSFAS allowances paid to students must be in cash form, preferably directly into the student’s bank account," the scheme said.

Van Schaik Bookstores, which supplies academic textbooks nationally to 63 stores, said it had felt the pinch of a decline in sales.

The company's MD, Stephanus Erasmus, warned that this could in turn have dire consequences for the education system.

"We have to question the implications of students not buying textbooks in the context of pass rates and drop-out rates. It has been clearly proven that students who do not buy the necessary textbooks struggle to study effectively," Erasmus said in a statement.

He stressed that it was possible that students were sending the money allocated for textbooks back home or buying other things they believed were needed to get them through the academic year.

"Either way they may end up in a situation where they cannot cover their costs of books for the full year, and then drop out of their studies. This could contribute to an even higher failure and drop-out rate at tertiary institutions," Erasmus said.

But without proper study material, he added, students could not perform to their full potential.

"In a number of cases this decline has led to bookstores that service higher education institutions closing, with students no longer having access to resources for their education."

Saba highlighted the importance of textbooks.

"Books, regardless of format, provide a framework for courses, convey the latest research and technologies, offer varying formats and teaching methods, and are professionally verified, peer reviewed and presented, to ensure quality content," the association said.

"They allow students and lecturers to cover content that cannot be delivered in lectures, in a method that works for the varying levels, teaching and learning styles of students. Content is regularly refreshed, improved and updated to ensure that the latest information and innovation finds its way into course material and student’s knowledge."

The association called for NSFAS to urgently review its decision and consider separating book funds from the rest of the allowance.

"The association acknowledges that there was some abuse of the system, but our member data has shown that this has been a relatively small minority, or in selected regions where unverified merchants operated. The association and its members, as professional booksellers, have regularly reported on abuse of these funds, either by students or some non-member merchants, with varying degrees of action taken by authorities."

The National Student Financial Aid Scheme (NSFAS) has blamed Unisa for leaving students in the lurch.
News
2 years ago

Pandor calls on universities to urgently deal with students' concerns

Minister Naledi Pandor has called on institutions of higher learning to make every effort to find solutions to students' ongoing concerns.
Politics
2 years ago

The new head of the NSFAS has a lot on his mind and a lot on his plate — making sure billions of rands are properly disbursed to students in urgent ...
News
2 years ago