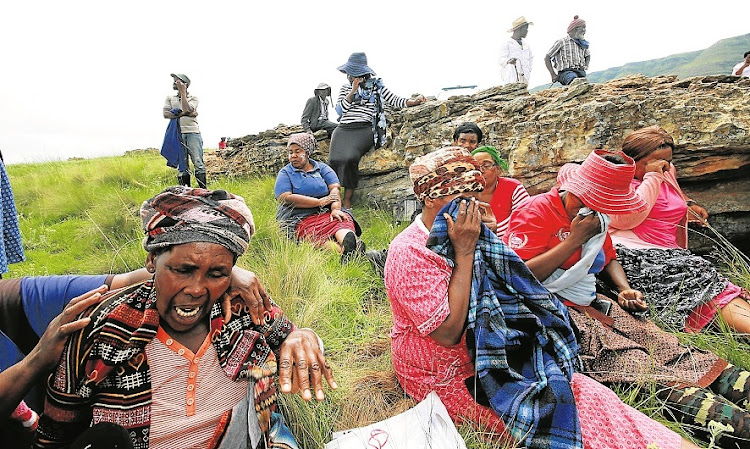 Parents and grandparents break down after being told searchers had found the bodies of four children swept away by a flash flood while crossing a river between Freystata village and Popopo Primary on March 7 2019..
Image: Daily Dispatch/Lulamile Feni

The army has been ordered in after six Matatiele children were swept to their deaths in a flash flood on Wednesday.

Defence minister Nosiviwe Mapisa-Nqakula said the Engineer Corps would urgently construct a bridge over the Mgxojeni river in the village of Pontseng, which claimed the lives of children between the ages of 5 and 7 as they were walking home from school.

Witnesses said the victims were among 17 children who were caught halfway across the river when floodwaters suddenly arrived. All of them were swept away but villagers rescued 11. 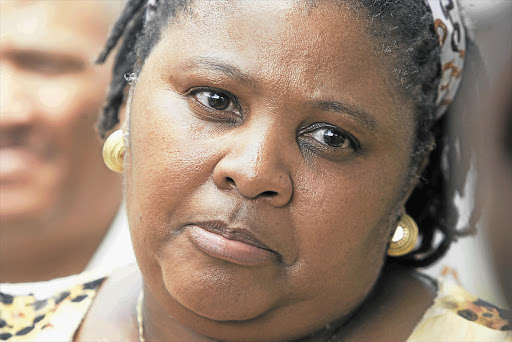 Mapisa-Nqakula said on Saturday that an assessment team had already been sent to Matatiele.

"The decision was taken following a number of requests to the minister of defence and military veterans for assistance by the affected communities.

"Subsequently, the South African Army’s Engineer Corps has put together a team that will make a determination as to what should be done in aid of the people ... over and above the bridge to be constructed.

"This team of engineers has been building bridges in the rural Eastern Cape for a while now, therefore share a special bond with the northern part of the Eastern Cape."

The children who lost their lives were in grade R and grade 2 at Popopo Primary in Popopo village, and were on their way home to Freystata.

Popopo Primary principal Karabo Hantsi fought back tears as he spoke to the Daily Dispatch at the river. "I am devastated to lose six children at once. This is such a disaster. The entire school community is in shock and in mourning."

A Johannesburg man has described the terror of watching as a woman clung to a tree in raging flood waters on Tuesday.
News
3 years ago

He said when the pupils were released from school at 2pm there was no sign of rain. "About 20 minutes later a heavy storm came from nowhere and took everybody by surprise.

"I was worried with the children going home to Freystata and I was devastated to hear some have been drowned."

There is no school in Freystata and children have to cross three streams during their 5km walk to Popopo Primary.

Parents and community leaders said they had made many requests for bridges, not only with Matatiele's local authority, Elundini municipality, but with the overseeing district municipality, Alfred Nzo.

Tragic first day back for Nkandla school staff and pupils

It was a tragic first day back at school on Wednesday when staff and pupils of Bizimali High School in Nkandla, in northern KwaZulu-Natal, learnt ...
News
3 years ago

Operations returning to normal at Badplaas after floods

Operations are beginning to return to normal at the Badplaas resort in Mpumalanga after being hit by flash floods on Friday.
News
3 years ago

The City of Tshwane's emergency services are investigating an alert that two people may have drowned in the Apies River during a weekend of flash ...
News
3 years ago