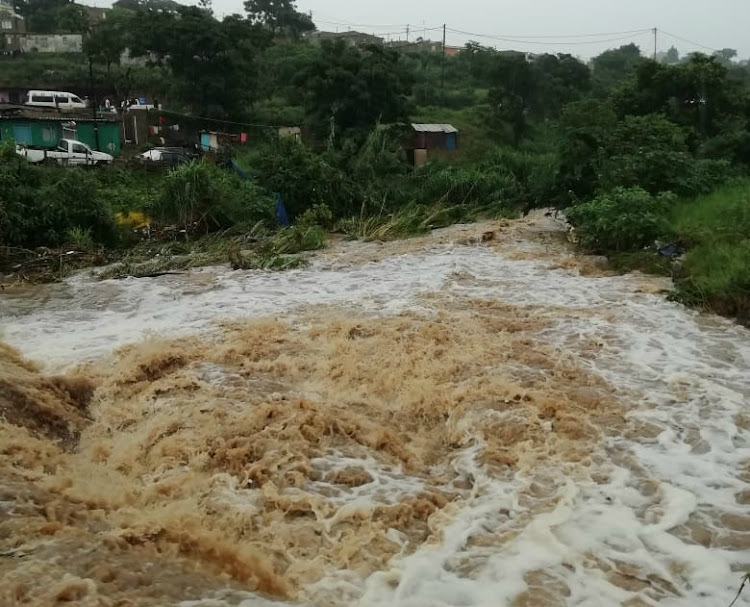 Two men are presumed dead after they were swept off a bridge during a flash flood in Verulam, north of Durban, on Sunday night.

Parts of KwaZulu-Natal were battered by heavy rains, which caused extensive damage in many areas. The worst-hit areas were those north of the city.

Prem Balram, head of private security company Reaction Unit SA, said they received a call for assistance from a local councillor, who allegedly witnessed two men being washed off the bridge in Everest Heights in Verulam.

Verulam on the KZN north coast was battered by heavy rains on Sunday, which caused extensive damage and resulted in a few drownings @TimesLIVE pic.twitter.com/tpQBMegRGt

A team of policemen and Reaction Unit officers searched for the men without success.

"The search was called off due to the heavy current and poor light," said Balram.

Balram said a Rusa helicopter was dispatched on Monday morning to assist rescuers in their search.

It is understood that three people are unaccounted for in Verulam and nearby Blackburn.

A Johannesburg man has described the terror of watching as a woman clung to a tree in raging flood waters on Tuesday.
News
3 years ago

It was a chaotic Tuesday in Johannesburg as the city experienced heavy rains that led to flooding, devastating fires and traffic congestion.
News
3 years ago

Mop-up operations are underway at the Itshelejuba Hospital in the Zululand region of KwaZulu-Natal after it was hit by a severe thunderstorm on ...
News
3 years ago

The SA Weather Service issued a warning on Tuesday for storms that are brewing in several parts of the country.
News
3 years ago