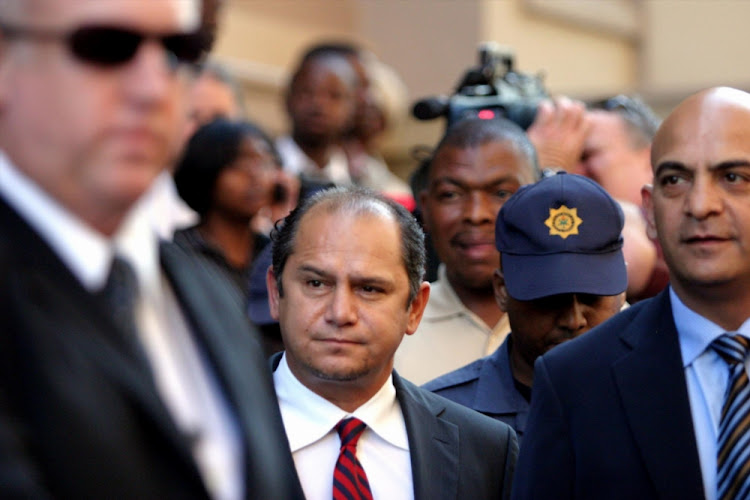 The National Prosecuting Authority (NPA) has explained why its former head Bulelani Ngcuka did not charge Jacob Zuma along with his financial adviser Schabir Shaik.

The explanation is contained in a response by the NPA to Zuma's legal team which is seeking a permanent stay of prosecution for the former president on corruption, racketeering and fraud charges, Business Day reported on Tuesday.

Shaik was convicted of fraud in 2005 and sentenced to 15 years in jail.

Although he and his company were found to have paid Zuma in exchange for his influence, Zuma was not prosecuted at the time.

Prosecutor Billy Downer said that Ngcuka, at the time, believed there was insufficient witness testimony linking the contents of evidence - contained in documents gathered during the investigation – to Zuma.

After 10 years of freedom, fraudster insists he's still very ill, and his doctor stands by his original diagnosis
News
3 years ago

The NPA has missed its court-ordered deadline to explain why former president Jacob Zuma must go on trial for corruption – and his lawyers are fuming.
News
3 years ago

Business Day reported that Ngcuka was concerned about a lack of evidence directly implicating Zuma. The NPA strongly denied that he chose not to prosecute because he feared that Zuma would clear his name.

Zuma has denied wrongdoing and maintains that the revived charges against him are tainted by prosecutorial interference and undue delays.

TimesLIVE reported in late 2018 that the case against Zuma stemmed from events that played out from 1997, when French arms company Thompson-CSF, now known as Thales, secured a R2.6bn contract to provide four navy frigates to SA as part of a multibillion-rand arms deal.

As corruption rumors grew, the state alleged that Thales had agreed in 2002 to pay R500,000 to Zuma, then the country's deputy president, for his "political protection" in any investigation – a deal allegedly brokered by Shaik.

JZ & the spies: Zuma 'hopes people are not opening a can of worms they might regret'

Jacob Zuma implied he should have been heard by a panel accusing his faction.
Politics
3 years ago

In return for these payments, the state claims, Zuma abused his formal position as MEC and as deputy president of the ANC to do unlawful favours for Shaik and Nkobi Holdings.

Shaik served only a fraction of his sentence after being controversially released on medical parole on account of having a terminal illness.

"In defiance of medical convention and against the best predictions of a team of doctors, convicted fraudster Schabir Shaik has survived a decade since his release from prison on medical parole," Times Select reported on Monday.

He told Times Select that he was still plagued by blood pressure issues. "Today I am not well at all ... my blood pressure you know ... I can't talk now actually because I am very sick," he said.

A report into the intelligence service commissioned by President Cyril Ramaphosa and compiled by former minister Sydney Mufamadi has implicated the ...
Politics
3 years ago

February 14 marks a year since Jacob Zuma resigned as president.
News
3 years ago

An explosive recording of a meeting between senior Bosasa executives reveals a discussion about former president Jacob Zuma's involvement in their ...
News
3 years ago