Rob Packham asked me to lie on day of wife's murder, says colleague

Image: Esa Alexander A handcuffed Rob Packham at the high court in Cape Town on March 12 2019.

A former colleague of Rob Packham has testified that the businessman asked him to lie about his whereabouts on the day of his wife Gill’s death.

The 57-year-old Constantia man is accused of killing Gill and setting her remains alight in her car in February last year. He has pleaded not guilty to charges of murder and defeating the ends of justice in the high court in Cape Town.

He said Packham called him at 12.23pm on February 22 2018 and asked him to "lie" and tell whoever called that they had had a meeting at 8.30am at the production line. Packham was the general manager.

"I received a message from Packham, he asked me if I was alone. I was with other people, and he asked me to move away," Janse van Rensburg told Judge Elizabeth Steyn.

"He said 'Buddy, buddy, I was driving around looking for Gill.' He said he and Gill had a fight the previous night and he didn’t know where she was. I have no idea why he called me."

Janse van Rensburg said the Packhams had "marital problems" and Gill used to call his colleagues to check on her husband. He said he was prepared to lie for him when he called him.

"He was the general manager … and he was looking for his wife," said Janse van Rensburg. "He sounded almost out of breath, [like] he was walking around. After he spoke to me about the 08.30 meeting he sounded relieved."

Packham allegedly killed Gill, put her body in the boot of her car and set it alight at the Diep River railway station in February.

Image: Esa Alexander A policeman removes Rob Packham's handcuffs at the start of the second day of his Cape Town high court trial on March 12 2019.

According to the state, Packham was bust by licence-plate recognition cameras that showed him driving Gill's BMW, while cellphone tower records showed he drove around Constantia on the day of her disappearance.

Gill's charred body was found in the boot of the car after firefighters extinguished the flames. A postmortem examination showed blunt-force trauma to the head had killed her.

The high court revoked Packham's bail in December after witnesses complained that he had contacted them.

According to the prosecution, Packham breached his stringent bail conditions by sending SMSes to a mutual friend of his and his former mistress. The former mistress, who cannot be named as per court order, is a state witness.

The prosecution argued that by contacting the mutual friend, Packham had been indirectly trying to reach his former mistress. Judge Elizabeth Baartman dismissed Packham’s application for leave to appeal against her decision last month. 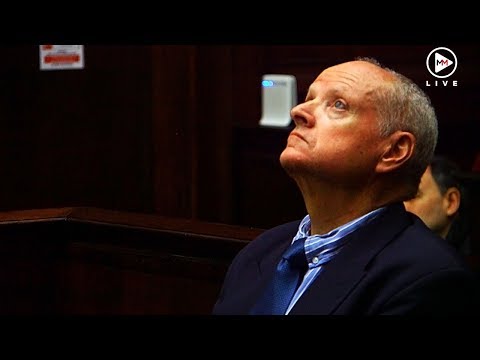