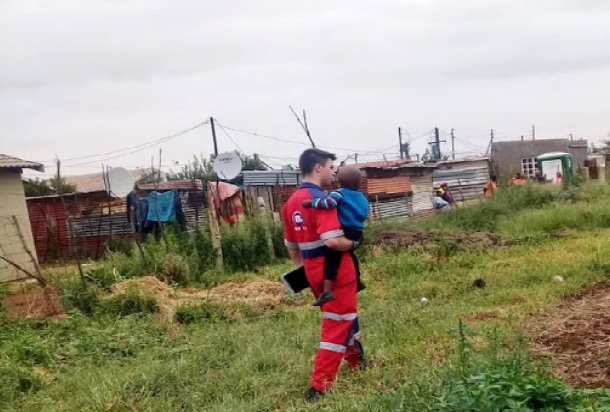 A paramedic with the child, found safe when a vehicle reported as hijacked was recovered March 12, 2019
Image: JMPD

A 3-year-old child was found safe on Tuesday in a vehicle reported by his parent as hijacked, according to the Johannesburg Metro Police Department.

JMPD officers responded after receiving an alert about a hijacked Toyota Corolla with the caller's 3-year-old son in it, metro police chief David Tembe said on Twitter.

"The vehicle was found abandoned between Ennerdale and Finetown in the south of Joburg with the boy still in the vehicle and no suspects in sight," said Tembe.

ER24 spokesman Russel Meiring said its paramedics were dispatched at 9.45am to the Grasmere area after local authorities found an abandoned vehicle on a dirt road.

The toddler was inside the vehicle.

"ER24 paramedics arrived on the scene and assessed the boy, who was in the custody of the SAPS," Meiring said.

The child was uninjured, "although visibly shaken".

"After the assessment, paramedics handed the child over to the father on scene."

Meiring said: "The father stated that they had been hijacked earlier in the Randfontein area. Local authorities will be investigating this matter further." 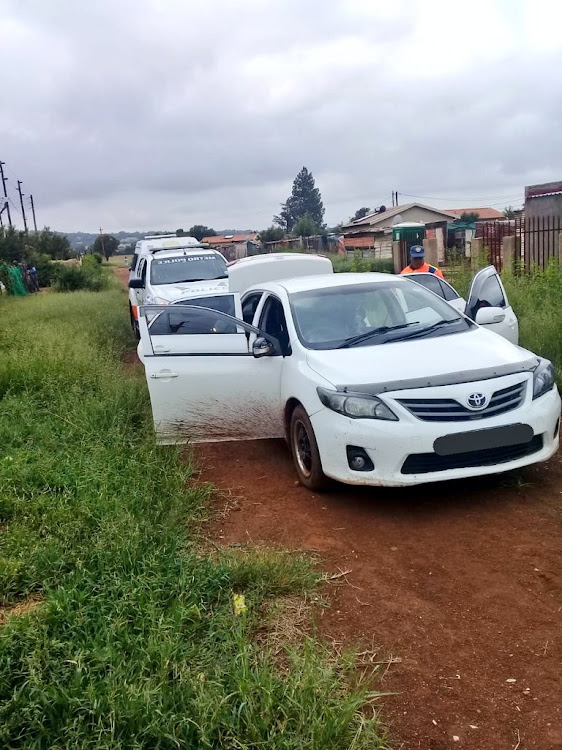 The vehicle reported as hijacked in which a toddler was found safe by JMPD officers.
Image: JMPD

#BuyaMthetho #RegionG
.@JoburgMPD officers recieved a complaint of a hijacked Toyota Corolla with the complainant's 3 year old son in it. The vehicle was found abandoned between Ennerdale & Finetown in the South of Joburg with the boy still in the vehicle & no suspects in sight pic.twitter.com/KLUMB4CQsD

The father of Sadia Sukhraj fought back tears as he recalled seeing his daughter's lifeless body at a hospital.
News
3 years ago

A KwaZulu-Natal couple and their three-year-old child managed to escape from the clutches of armed hijackers by contacting the police after being ...
News
3 years ago