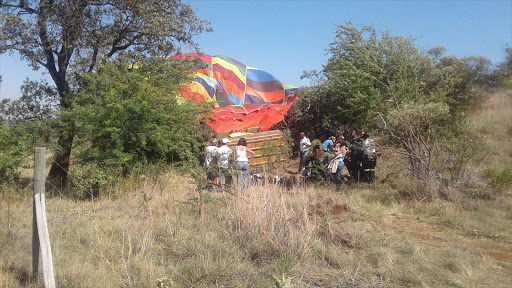 A pilot with no experience of flying over the Magaliesberg mountains was in charge of a hot-air balloon when it crashed, killing a British tourist.

An inquest into the death of Suzanne Astle, 48, was told the SA Civil Aviation Authority does not have a commercial hot-air balloon pilot licensing scheme.

The Astle family’s lawyer, Simon O’Loughlin, said after Tuesday’s inquest in Warwick, UK: “Suzanne’s death is still extremely raw for all her family, and while nothing can ever make up for her tragic death, they want to ensure lessons are learnt.”

O’Loughlin said he joined Astle’s widower, John, a retired British Airways pilot, in calling for the CAA to introduce pilot licences for balloons.

“For more than two years John and the family have had a number of concerns about what happened on the day Suzanne died, with the inquest hearing evidence about the events that unfolded," he said.

"While there are strict safety guidelines regulating balloon excursions in the UK, this is not always the case abroad.”

Media reports in the UK said the Astles and their two teenage sons were among 14 passengers in the wicker basket of one of Bill Harrop’s Original Balloon Safaris in October 2016.

Coroner Sean McGovern was given an accident report which accused the company of “tampering with evidence” after recovering the destroyed balloon. Air accident investigators learnt of the crash on social media.

The balloon pilot, a 58-year-old from the UK on a three-month contract with Bill Harrop’s, had less than 70 hours’ flying experience in the Cameron A-415 balloon.

A mother-of-two has died after being thrown from the basket of a hot air balloon in Hartbeespoort‚ according to reports. She was identified as Susan ...
News
5 years ago

The inquest heard he was not familiar with the area where he was forced to make an emergency landing after the balloon began drifting towards the mountains in strong winds.

It had been airborne for an hour when he decided to land in a maize field about 27km from Rustenburg. The balloon hit the ground at 40km/h and ricocheted 228m across the ground, bouncing three times before coming to rest against a tree. Astle was flung out.

It took emergency services more than two hours to reach the victims because a GPS device in the balloon smashed on impact.

In the investigators’ report to McGovern, witnesses said the pilot remarked “this is a first for me” as the balloon drifted towards the mountain.

The report said: “The pilot opted to execute a landing onto an open agricultural field with the prevailing wind from the east at approximately 22 knots, which was above the safe landing speed for hot air balloon operations, resulting in a high-speed landing.

While there are strict safety guidelines regulating balloon excursions in the UK, this is not always the case abroad.

“The pilot was in possession of a set of aeronautical maps of the area, which he showed to the investigator during an interview with him.

“He was however not familiar with the area where they landed as he had never flown there before, nor was it part of his familiarisation training of the area.”

John Astle said he was unhappy with the investigators’ report, which did not suggest ways accidents could be avoided in future. “The conclusion seems to be a bit weak as far as I can see. That’s my overriding view,” he said.

Astle, a physiotherapist, died in hospital. Her husband and one of their sons suffered spinal injuries, and their younger son injured his hand.

The coroner recorded a verdict of accidental death.