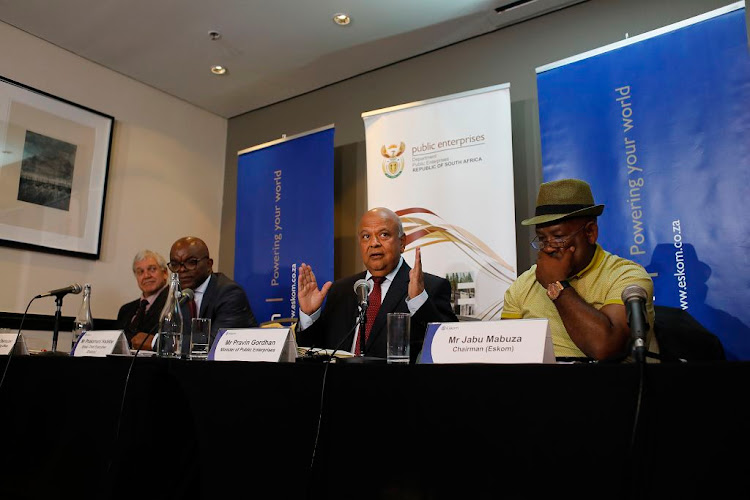 Eighteen months ago, Eskom inexplicably stopped a crucial boiler tube maintenance programme - and it is this that has played a huge role in the current round of load-shedding.

Eskom chief operating officer Jan Oberholzer told a media briefing on Tuesday that boiler tube breakdowns were among the leading reasons for the power utility failing to meet electricity demands, as many generating units were down for maintenance or repair.

Specifically, eight units were currently out of commission as a result of leaks in its boilers, he said.

"This is biting us big time at this point in time," said Oberholzer, adding that it usually took a few days to fix the leaks and bring a unit back into commission.

South Africans will remain in the dark for at least the next 10 days regarding just how long load-shedding will last.
News
2 years ago

The media conference - which was jointly addressed by public enterprises minister Pravin Gordhan and Eskom board chair Jabu Mabuza - comes as the country has been plunged into stage 4 load-shedding since the weekend, interspersed with lower stages of rotational power cuts.

The cuts are a result of several units being offline, as well as a loss of power generation from Mozambique due to Cyclone Idai.

Eskom in November published a list of load-shedding stages that go up to stage 8 - which involves losing as much as 12 hours a day of electricity - to avoid a national blackout. At the time, the parastatal said stage 8 was "unlikely" but that it was legally required to plan for such an eventuality.

Eskom has not yet had to go beyond stage 4 in order to keep the national electricity grid stable.

Eskom says the chances of stage 8 load-shedding is “low” but they have published an updated load-shedding timetable on their website.
News
2 years ago

On the boiler tube failures, Oberholzer said a boiler health maintenance programme was stopped 18 months ago - but he could not provide a reason.

"We had an external company that did that for us. Whenever you had an opportunity, you would send people in to do a thickness test of boiler tubes. They look at erosion, whatever the case may be," he said.

This information was then fed into the system, and whenever Eskom planned an outage to do proper maintenance, a report would be produced on what needed to be fixed from a preventative point of view.

This is an internal issue. We cannot blame anybody but ourselves

"The question is: what happened to that programme?" asked Oberholzer. "This is an internal issue. We cannot blame anybody but ourselves that this contract is not in place," he said, adding that Eskom was in the process of reinstating the programme, possibly before the end of the week.

Boilers are crucial in the generation of electricity, he explained.

"Each and every generating unit has a boiler. This is where you get the water inside that is heated up and you get steam and that steam that goes through turbines and that generates the electricity.

"Within a boiler, there are many kilometres of boiler tubes," he said, adding that whenever there was a tube leak, it meant the unit had to be shut down for it to cool before anybody could get into the boiler.

The next step is to locate the actual leak in the boiler tube. Sometimes the space is so confined that some of the tubes have to be cut to find the leaks.

“It’s going to be a huge struggle ahead of us to actually overcome this crisis.”
News
2 years ago

Everything you need to read on Eskom and its troubles

From loadshedding to the Guptas, here's how power dominated headlines.
News
2 years ago