Man shoots girlfriend in Fourways, turns gun on himself 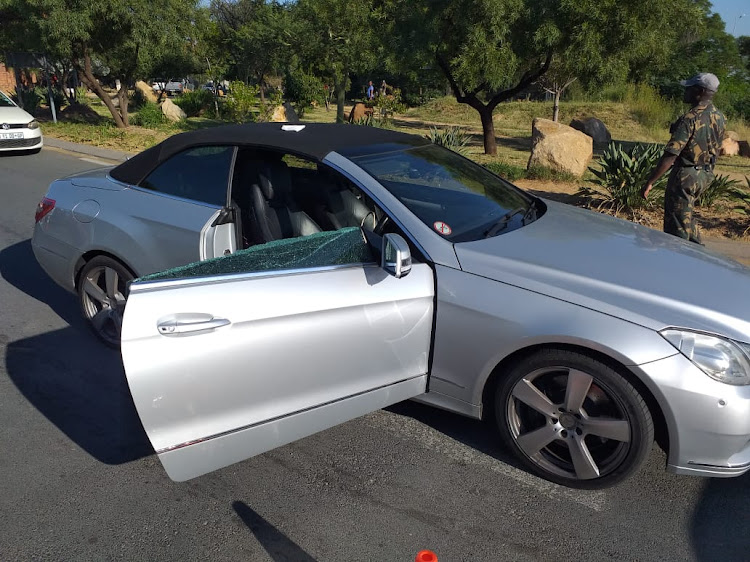 A shooting has been reported in Fourways on March 19 2019.
Image: Supplied

A woman is in critical condition after being shot by her boyfriend in Fourways, in Johannesburg north, on Tuesday morning.

He shot himself near Fourways Mall after fleeing the scene, according to emergency services.

Police spokesperson captain Mavela Masondo said the woman was driving on the corner of Cedar Road and Cedar Avenue West in Fourways.

Masondo said the woman's boyfriend approached her at the intersection and shot her twice in the upper body. He said the woman was taken to the nearby hospital in a serious condition.

"The boyfriend was later found a few kilometres away from the scene. He committed suicide as he shot himself inside the car."

His motive was still unknown. An inquest case had been opened.

A man shot and wounded a woman, in the face before fleeing. A few kilometers away, in Fourways, he took his own life. It all happened during morning traffic. #CrimeWatch

Update on the shooting at Life Fourways Hospital: The suspect shot himself near Fourways Mall after fleeing the scene.

ER24 said in a statement that Life Fourways paramedics had responded to the initial shooting, which occurred outside of the hospital.

"On scene, a woman was found with a gunshot wound to the face and was in a critical condition," said the ER24 statement.

"The woman was treated and immediately brought into the Casualty for urgent treatment.

"A short time later, ER24 paramedics responded to Witkoppen Road near Main Road in Fourways. On arrival at 8.15am, paramedics found that a man. . . had sustained a gunshot wound to his head and showed no signs of life. Nothing could be done for him and he was declared dead on scene."

Life Healthcare (Life Fourways Hospital) said in a statement later on Tuesday: "We are aware of the incident that took place this morning on the corner of Cedar Ave and Cedar Ave West. Our thoughts are with those impacted by this unfortunate incident. We would like to assure the community that there is no security risk at the hospital and hospital operations have not been affected."

The man was 53 years old, according to information supplied to TimesLIVE.

Editor's Note: In a previous version of this article it was stated that a husband had killed his wife and then himself. This article has been updated as more information has been obtained.

An expert has revealed that Rob Packham’s wife, Gill, died from blunt trauma which shattered her skull in two places.
News
2 years ago

Former real estate executive Jason Rohde, now serving a lengthy sentence for killing his wife Susan, has made another bid for freedom.
News
2 years ago

A tragic double shooting took place at a Phoenix, KZN, home on Sunday night where a couple died following an alleged domestic dispute.
News
2 years ago