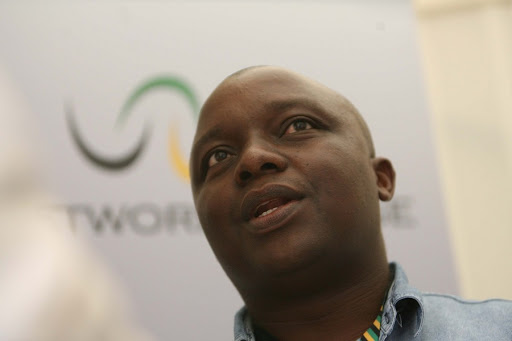 Rubben Mohlaloga, who faces a 20-year jail sentence, has been removed as chairperson and councillor at Icasa.
Image: Thobeka Zazi Ndabula

Rubben Mohlaloga has been removed from holding the positions of chairperson and councillor at the Independent Communications Authority of SA (Icasa).

This follows his February sentence - an effective 20 years behind bars - for money laundering and fraud linked to a R6m Land Bank scam.

The Minister of Communications, Stella Ndabeni-Abrahams, said in a statement on Wednesday that she had "given effect to the National Assembly resolution and removed Mr Rubben Mohlaloga from office".

Parliament had resolved to remove Mohlaloga as a councillor and chairperson of the communications authority with immediate effect. The minister had suspended Mohlaloga pending conclusion of the National Assembly process to remove him from office following a resolution of the portfolio committee on communications on the matter, her office said.

Mohlaloga was convicted of fraud and money laundering on January 15 2018. On  February 14 2019, he was sentenced by the Pretoria Specialised Commercial Crime  Court. In terms of the Icasa Act, a councillor who is convicted of fraud is disqualified from holding office.

It was the state’s case that then Land Bank CEO Philemon Mohlahlane conspired with Mohlaloga, who was at the time an ANC MP and chair of parliament’s portfolio committee on agriculture, and attorney Dinga Rammy Nkhwashu to unlawfully transfer R6m into the law firm’s trust account from the bank in 2008.

The Specialised Commercial Crime Court found that this money was transferred from Agri-BEE, a broad-based BEE framework intended to support black South Africans to participate in the agricultural sector, to Dingwako Farming Projects.

The court found that this was done without following due processes and that Mohlahlane had instructed the fund manager at Agri-BEE to authorise the said payment without supporting documents.

The fund manager, Khutso Mosoma, turned state witness and testified that an application for a R6m grant to acquire land, livestock and processing units was done a month after the payment was transferred.

“In terms of section 6(1)(j) of the ICASA Act, a councillor who is convicted of, amongst others, fraud; is disqualified from holding office,” communications department spokesperson Nthabeleng Mokitimi-Dlamini said on Wednesday.

The Icasa council will now elect an acting chairperson, said Ndabeni-Abrahams. "The process to appoint a new chairperson will soon commence," she added.

Mohlaloga was appointed chair of Icasa in December 2017, despite being on trial for the Land Bank fraud at the time. He was appointed to the previous Icasa board in 2013.

He has successfully applied for leave to appeal his sentence and has been released on bail pending the outcome of that appeal.

The National Assembly has resolved to fire the chairman of the Independent Communications Authority of South Africa (Icasa)‚ Rubben Mohlaloga‚ ...
Politics
4 years ago