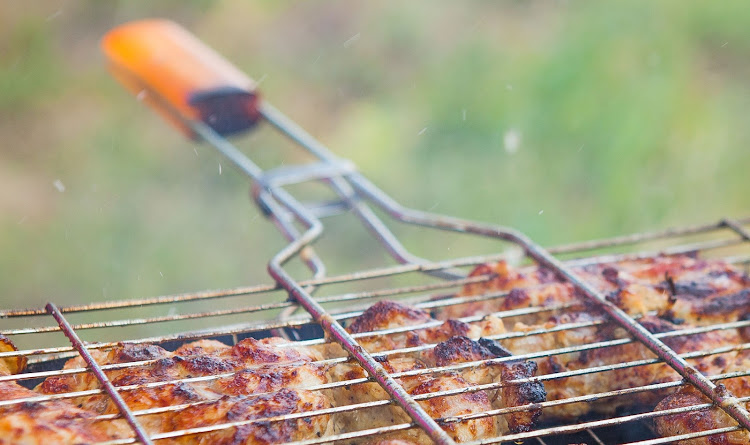 Seven suspects were nabbed by police in Hoopstad, Free State, while they were having a braai with alcohol and meat they had allegedly stolen from the Wenakker Pub and Grill last Friday.
Image: 123RF/volody10

The Wenakker Pub and Grill was burgled last Friday, March 15.

"Access was gained through the door that was forced open. Apparently liquor and meat were stolen. A case of business burglary was registered for further investigation," said police spokesperson, Capt Stephen Thakeng.

The seven men aged between 16 and 32 were traced at a house in Hoopstad by the investigating officer and members of Hoopstad community service centre.

They were in possession of three bottles of expensive wines, which were seized, according to Thakeng.

"Apparently, they drank liquor and braaied the meat stolen from the pub and grill. The suspects were all drunk when they were arrested," she said.

The suspects briefly appeared before the magistrate's court on Monday. Their case was postponed to Friday for bail application.

"The seized bottles of wine were pointed out by the owner of Wenakker as some of the stolen items from his business premises," said Thakeng.

Armed men robbed a tuck shop down the road from The Kings School in Linbro Park, Sandton, on Monday afternoon, police said.
News
2 years ago

More than 130 arrested for driving drunk in Gauteng... in one weekend

At least 1,100 people were arrested and 21 illegal firearms seized during crime prevention operations in Gauteng over the weekend.
News
2 years ago

Fugitive among suspects nabbed for robbery in Limpopo

Three men who allegedly robbed an employee at a farm outside Tzaneen before making their getaway in a bakkie belonging to the farmer have been ...
News
2 years ago