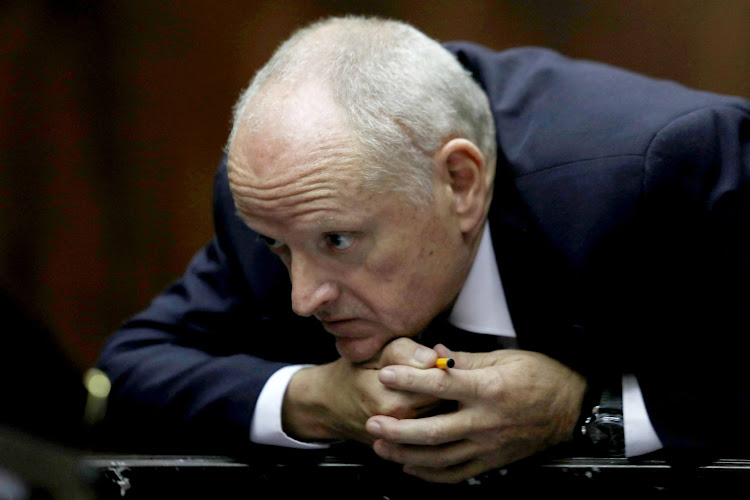 Police investigating the murder of Rob Packham's wife Gill found her blood in the couple's garage.

Packham's blood was also found in the bathroom basin at the couple's Constantia home in Cape Town.

But the former beverage production company manager is yet to explain the blood's presence, the policeman who investigated the murder told the high court in Cape Town on Wednesday.

Sgt Ivan Sonnenberg said he found out that Packham had two cellphones from the businessman's former mistress – who cannot be named - but Packham only handed in the phone provided by his former employer, Twizza.

Sonnenberg said he could not access the data on the cellphone because Packham claimed to have forgotten the access code. 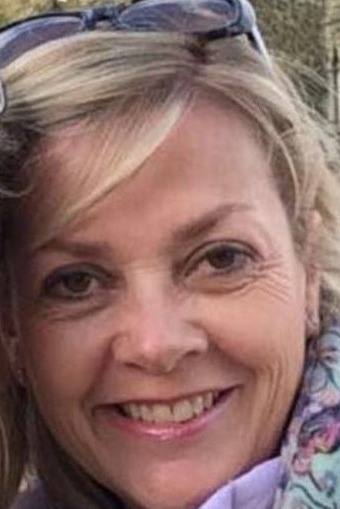 Gill Packham, who was murdered in February 2018.
Image: Pink Ladies

"We asked the accused to give us the (pin) … but he later said he had forgotten it," said Sonnenberg. "We haven't accessed it."

The policeman said he found the handle of a broken axe in some linen in Packham's garage while searching for a weapon that could have been used to inflict the head wounds that killed Gill. But there was no DNA on it.

Cellphone evidence placed Packham at the scene where Gill's BMW, with her body in the boot, caught fire at Diep River railway station, said Sonnenberg.

Sonnenberg said CCTV footage showed the BMW being driven without registration plates on February 22 2018, the day Gill disappeared. He said the driver was a "white male with broad shoulders".

Sonnenberg said Packham's suburb is safe and there are hardly any car hijackings.

Packham allegedly killed Gill in their garage, put her body in the boot of her car and set it alight at Diep River station.

According to the state, the 57-year-old was bust by licence-plate recognition cameras that showed him driving the BMW, while cellphone towers showed he drove around Constantia on the day of her disappearance.

Gill's charred body was found in the boot of the car after firefighters extinguished the flames. A post-mortem showed that blunt-force trauma to the head killed her.

The alarm was raised when she did not arrive for work at Springfield Convent, a high school in Wynberg, where she was a secretary. The trial continues.

An expert has revealed that Rob Packham’s wife, Gill, died from blunt trauma which shattered her skull in two places.
News
2 years ago

A witness has placed Rob Packham at the scene where his wife’s charred remains were found in the boot of her burning car.
News
2 years ago

Rob Packham sent me info on murder case after he was fired, HR officer tells judge

Alleged wife-killer Rob Packham surprised a human resources officer at the beverage  company that had just fired him when he sent her information ...
News
2 years ago