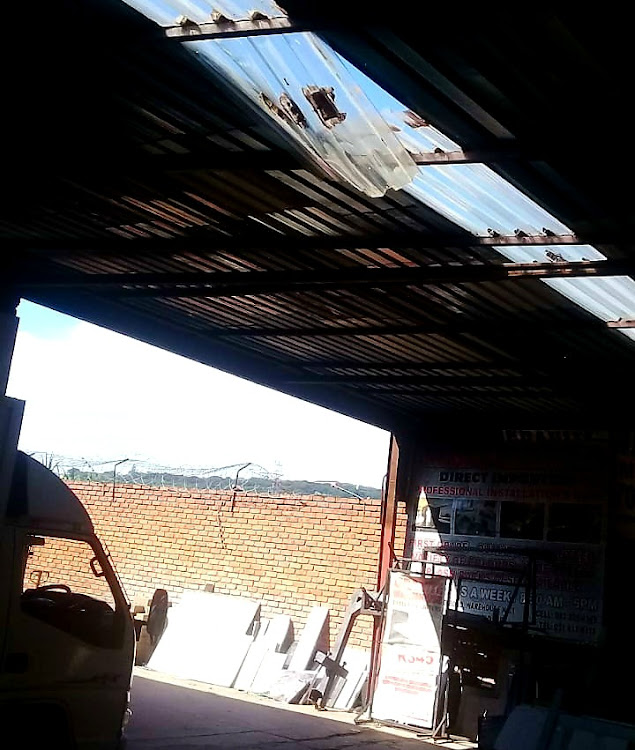 A 45-year-old woman fell from the roof of Durban's China Mall while trying to escape protesters on Monday.
Image: Rescue care

A 45-year-old woman plunged to her death from the roof of Durban's China Mall while she was trying to escape violent protesters on Monday.

Pandemonium erupted in the area on Sunday night, when a mob of 100 people burnt and looted local tuckshops.

A man was shot dead and two others wounded after shop owners allegedly opened fire on the mob.

Violent action continued into Monday morning, when roads were blocked off and tyres were set alight.

Rescue Care spokesperson Garrith Jamieson said the woman was running away from a group of protesters on the roof of the building when she plunged three metres to the ground.

It has not yet been established whether the woman was a shop owner or an employee.

Two men who were also trying to escape the mob on the roof also fell through and suffered serious injuries.

"Paramedics found the woman in a state of cardiac arrest due to the injuries sustained. There was nothing more they could do for her. She was declared dead at the scene."

Jamieson described the situation around the China Mall as "extremely hostile". Police were trying to contain the situation.

He said the injured men were receiving medical treatment on the scene.

Two Durban-based human rights organisations have slammed the ruling ANC party for having failed South Africans, 25 years after the birth of ...
Politics
2 years ago