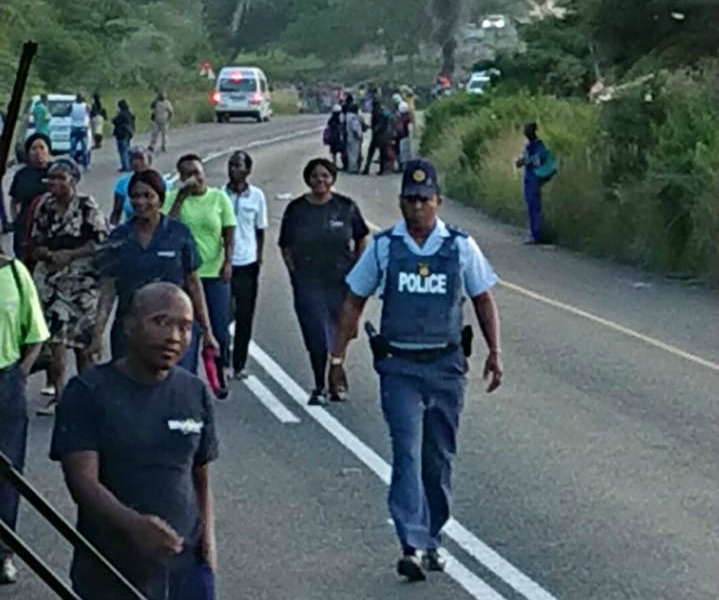 Protesters in Mandeni on the KwaZulu-Natal north coast burnt tyres and stoned cars on Monday.

Residents of Mandeni on the KwaZulu-Natal north coast are demanding that their mayor resign.

This was one of a number of grievances cited in a letter containing a list of demands - under the heading  Shutdown Mandeni on Monday - sent to TimesLIVE during protest action in the area.

The letter, which was circulated among residents, said that the action was to stop the spending of the community's money, the alleged reckless usage of municipality resources and alleged nepotism in the municipality.

"No person shall live a good life with our money while we remain poor," the letter read.

Hundreds of residents took to the streets, with burning tyres and blocked roads causing major traffic delays in both directions on the N2. 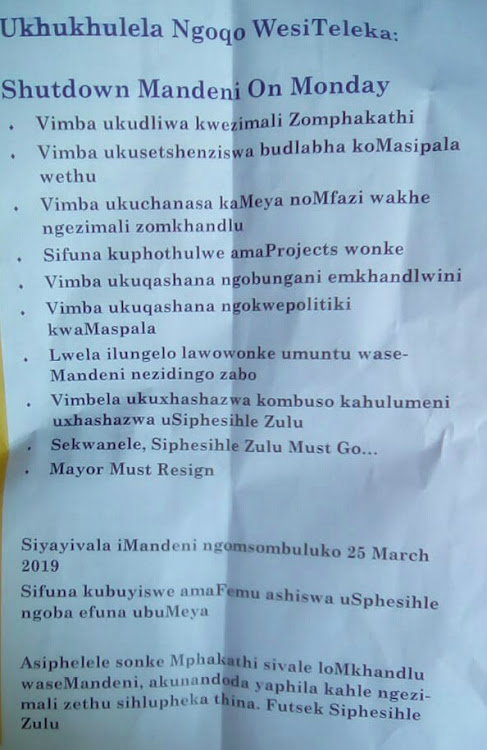 The letter written in Zulu listing residents grievances behind the protest on Monday, March 25
Image: Supplied

"It appears the protest is related to lack of service delivery. The protesters are quite violent and have been intimidating motorists," said a traffic officer.

Municipal manager Sizwe Khuzwayo told TimesLIVE that they did not know why the community had embarked on the protest.

"We have not been informed by community members that they are dissatisfied with the municipality and no one has filed an application to hold a march to hand over a memorandum or letter to the municipality," said Khuzwayo.

In Durban, it was a day of chaos with protest action in the Springfield area leading to the deaths of two people.

Khuzwayo said that most of the protesters had been dispersed by the public order police.

A 45-year-old woman plunged to her death from the roof of Durban’s China Mall while she was trying to escape violent protesters on Monday.
News
2 years ago