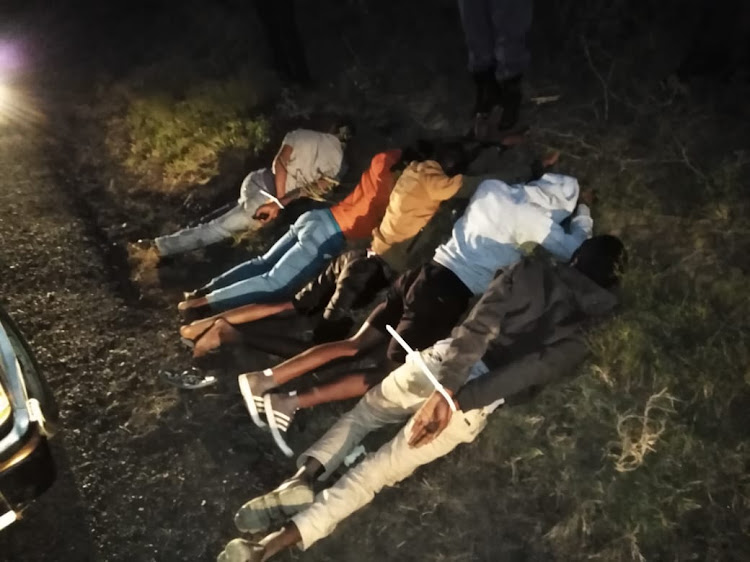 Police in northern KwaZulu-Natal have re-arrested four of the five awaiting-trial prisoners who overpowered two police officers and escaped on Tuesday.

A fifth person, according to source close to the investigation, was also arrested. The man is believed to be the driver of the taxi the four men were travelling in when they were caught.

The prisoners were en route to the Nongoma Magistrate's Court when they managed to escape on Tuesday.

TimesLIVE previously reported that two police officers had been transporting five prisoners from Vryheid to Nongoma via the R618 when two of the prisoners, who had been seated in the back seat, overpowered the two officers. The officers where then robbed of their firearms.

The two awaiting-trial prisoners then freed the other three prisoners, who where in the back of the vehicle, and then fled into a nearby field.

They were, however, rearrested later the same evening.

Both firearms taken during the incident have been recovered by members of SAPS.

Police are currently combing an area on the R618 between Vryheid and Nongoma in northern KZN, where five awaiting-trial prisoners escaped on Tuesday.
News
2 years ago

A policeman is in a critical condition after a vehicle which was transporting prisoners was ambushed between Vryheid and Nongoma in northern ...
News
2 years ago