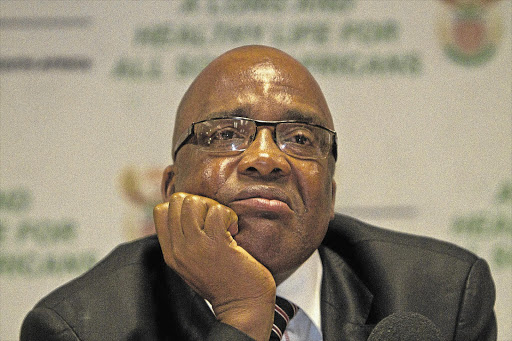 Health minister Aaron Motsoaledi has urged the public to refrain from making judgment calls about the horror incident in which a mother gave birth to the head of her child, without its body.

The foetus had a heartbeat before the delivery, eNCA reported.

The Gauteng health department said on Tuesday that it had dispatched the provincial patients’ safety team to a hospital to investigate how a woman ...
News
3 years ago

Kgatla was told the child was abnormal by hospital doctors and her general practitioner, but told eNCA in an interview that she did not understand that the child was likely to die within hours of giving birth.

The mother said she witnessed her baby's head being delivered and claims she was made to wait a day before delivering the rest of the child's body.

She believes forceps were used during her difficult labour, saying the doctor asked for a "big spoon".

The exact circumstances surrounding the incident are unclear, with the hospital CEO, the Society of Obstetricians and Gynecologists (SASOG) and doctors at the hospital refusing to comment when approached by TimesLIVE.

On Tuesday, Motsoaledi said he had spoken to Gauteng health MEC Gwen Ramokgopa, but was waiting for the medical report as parts of the story didn’t make sense.

"You, as journalists, are making a judgment call on something that is maybe not within your field. We need a medical report. We need to call experts.

"I am waiting for report. Me and you do not know the facts," he said.

It is also not clear why a C-section was not offered to the mother, with some saying this would have prevented her giving birth to a "decapitated" baby.

The health minister said doctors would have decided on what was safest for the mother.

He said doctors often had to make decisions that were not easy.

"There are lots of things done in medicine that members of the public may not appreciate, but doctors are faced with them. It's not that doctors like them," he said.

There are three main things to consider when choosing when to try to conceive: will your child be healthy? Will you get pregnant? How much will it ...
Lifestyle
3 years ago

Zika in Africa: Rare birth defect on the rise in Angola

Emiliano Cula starts to cry as his tiny fingers, curled into a tight fist, are stretched by a physical therapist to stimulate motor control.
News
3 years ago