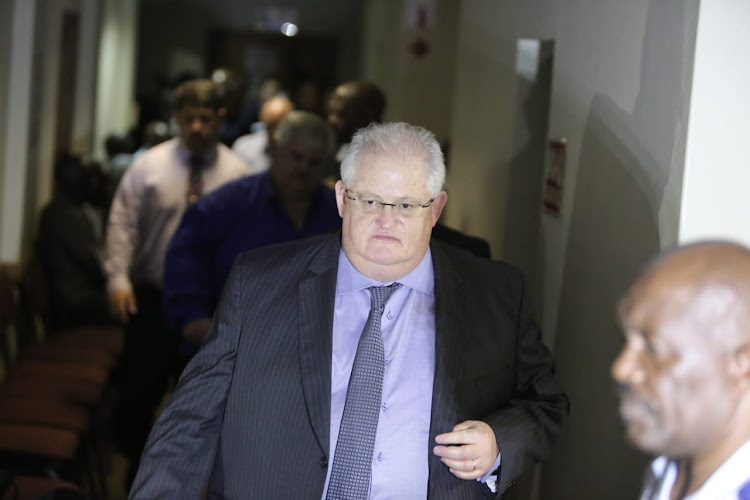 The stalled liquidation of the Bosasa companies has delayed the corruption case against the group’s former COO Angelo Agrizzi, former company employees and prison bosses.

Prosecutor Peter Serunye said the state wanted to join three Bosasa companies as accused in the case - but this process had been put on hold pending the finalisation of legal battles over the group’s liquidation.

The Bosasa group (now trading as African Global Operations, AGO) applied for voluntary liquidation earlier in March, which they later successfully reversed in the Johannesburg high court.

AGO’s liquidators were granted leave to appeal that decision in the Supreme Court of Appeal. It is this appeal that the NPA says needs to finalised, in order for it to decide if and how the Bosasa companies can be charged.

Agrizzi and his co-accused have been charged with tender rigging and corruption linked to a 2009 Special Investigating Unit report into the department of correctional services - which revealed alleged corruption in four tenders, valued at more than R1bn.

Despite being charged, Agrizzi says he will return to the state capture inquiry on Thursday to give further testimony about alleged Bosasa corruption and fraud.

For Angelo Agrizzi, delivering his damning testimony at the state capture commission has done wonders for his heath.
News
2 years ago