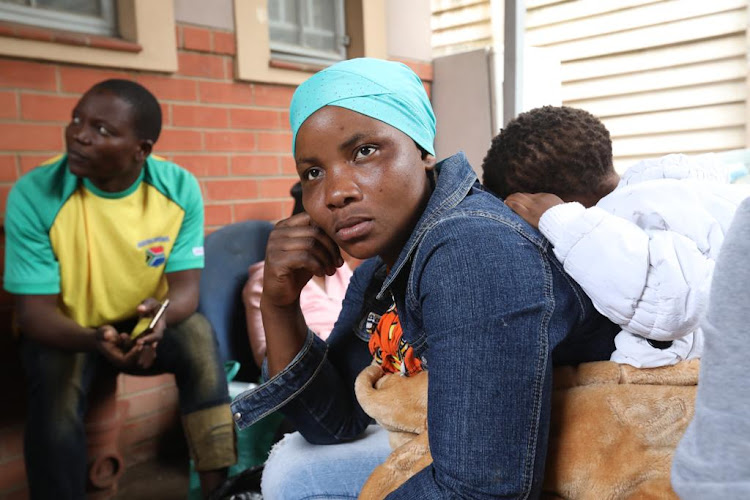 Malawian Shakira Bakuwa fled her home in Burnwood at 2am on Tuesday morning with her husband and three-year-old daughter.
Image: Jackie Clausen

More foreign nationals have sought shelter in a Durban police station and a mosque following a flare-up of xenophobic violence on Tuesday night.

At least 20 foreign nationals arrived at the mosque in Crescent Street, Overport, after they were targeted by their neighbours in Jadhu Place informal settlement in Springfield Park.

Earlier in the day, the numbers at the Sydenham police station swelled from 50 to more than 100 when foreign nationals were displaced during a "xenophobic attack" at Burnwood informal settlement.

Hours earlier 50 foreign nationals, including five babies, were displaced when their unemployed neighbours in the Burnwood informal settlement kicked down their doors.

It is believed that the unemployed informal settlement residents were angry that foreign nationals were employed by local companies.

Sydenham community policing forum spokesman Satish Dhupelia told TimesLIVE on Wednesday morning that the displaced foreign nationals were going to be temporarily relocated to a site in Sherwood.

"We intend to erect tents to provide shelter," he said.

The group slept at the police station on Tuesday night. The local community provided meals and blankets.

There were reports of an outbreak of xenophobic attacks in Springfield Park, Durban, late on Tuesday night.
News
2 years ago

With just the clothing on their backs, a group of foreign nationals fled from their homes in Durban to seek shelter in a police station when they ...
News
2 years ago