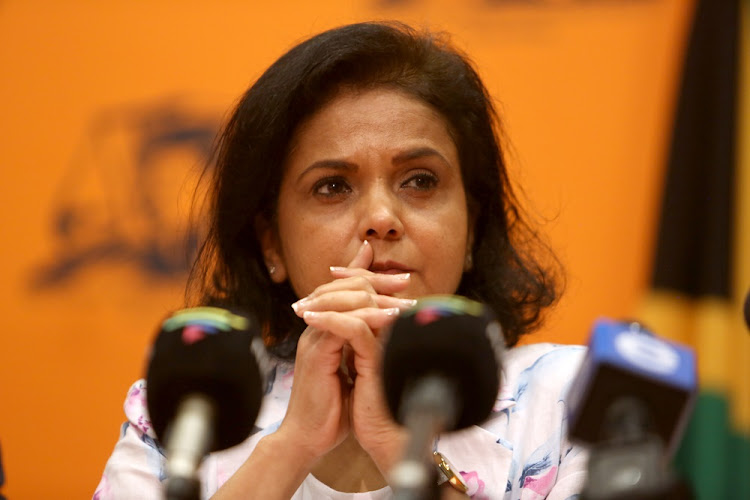 In a statement on Wednesday evening, Batohi expressed "extreme concern" that the charges against Harry Gwala district municipality mayor Mluleki Ndobe and a co-accused were "placed on the court roll in KZN, and the charges withdrawn later on the same day, due to lack of evidence".

Ndobe and Zweliphansi Skhosana appeared in court on Monday, after they were arrested on March 17 in connection with the 2017 murder of former ANC Youth League leader Sindiso Magaqa and the attempted murder of two of Magaqa's colleagues, who were with him when his vehicle was riddled with bullets.

"Even though they were being included as additional accused in the matter which was already on the court roll, this development is, nevertheless, of concern," an NPA statement read.

It comes just a day after the head of the NPA in KZN, Advocate Moipone Noko, said she was "satisfied" with the reasons for the withdrawal, saying that there was little chance of a successful prosecution based on the evidence provided by police.

The head of the National Prosecuting Authority in KwaZulu-Natal said she was satisfied with the decision to withdraw murder and attempted murder ...
Politics
3 years ago

According to Batohi's office, the matter was now being handled at the highest level.

"The matter is receiving urgent attention and the NDPP [Batohi] has asked for reports from [Noko] to understand what led to the enrollment under such circumstances.

"Any further steps to be taken will be determined after the consideration of the report/s and any other relevant information available," the NPA statement said.

The ANC in KZN has decided that its members who have been charged with serious crimes, including Harry Gwala district municipality mayor Mluleki ...
Politics
3 years ago

Here is a look at the timeline of events in the Sindiso Magaqa murder.
News
3 years ago