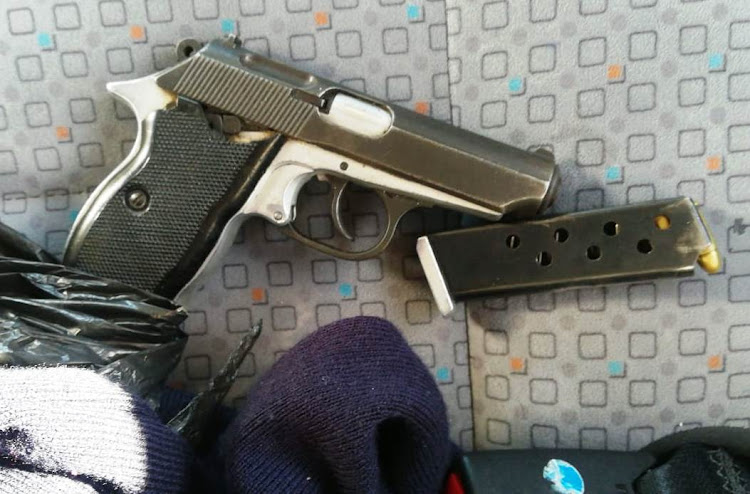 The Western Cape has paid its first R10,000 reward to a citizen who reported an illegal gun.

Community safety MEC Alan Winde said the recipient had given the money to his neighbourhood watch, which would put it towards licence-plate recognition cameras.

“I regard this individual as a true crime-fighting hero and someone who has the best interest of his community at heart,” said Winde.

The community safety department has offered R10,000 to anyone whose report leads to the confiscation of an illegal firearm, and has a telephone hotline (078 330 9333) dedicated to the initiative.

Violence is getting so intense in the Western Cape that trauma specialists are increasingly using "war-zone" medical strategies in their efforts to ...
News
3 years ago

Winde commended the first recipient for his selflessness, “firstly in ensuring that an illegal firearm is removed off the street, and then in using his reward to further strengthen his neighbourhood watch’s efforts to safeguard his community”.

He said the man could not be identified.

“It is unfortunate that the identity of this hero has to be kept a secret, as he needs to be fully celebrated, but given the nature of crime in this province, and how witnesses are threatened and, at times, killed, it is fully understandable," he said.

Of the 1,226 people murdered in the Western Cape between November 2018 and February, 535 were shot, said Winde.

“Just as in this case, I want to assure residents we will not share the identity or any information of the individual who reported the firearm with SAPS or anyone else.”

Roegshanda Pascoe can still hear the sound of her grandchildren “screaming and crying” on the night of March 6, when unknown gunmen opened fire on ...
News
3 years ago

On Thursday, Winde will launch a neighbourhood watch volunteer campaign, aiming to expand and professionalise community participation in crime-fighting.

“The community volunteer safety structures are essential cogs in the fight against crime,” he said. “The 2017/18 crime statistics show that through their visibility and patrols in communities, property-related crimes ... were reduced by 6.8%.”

An unlicensed Luger pistol with a magazine containing two live rounds was confiscated on Wednesday from a shopkeeper in Delft, Cape Town.

City of Cape Town law-enforcement spokesperson Wayne Dyason said officers were tipped off about the gun by a member of the public.

“The shop owner claimed it was his firearm he bought in his home country and did not have his firearm licence with him. The officers took him to SAPS to further investigate his claims,” said Dyason.

“It emerged that the firearm was stolen [in December 2004] in Kensington. The 35-year-old male was arrested for possession of an illegal firearm and ammunition.”

Police in KwaZulu-Natal confiscated 64 firearms during a 20-day operation aimed at eradicating the proliferation of illegal firearms in the province.
News
3 years ago

Two suspects have been arrested in Factreton in Cape Town for illegal possession of prohibited firearms, firearm parts and ammunition.
News
3 years ago

Reduce the number of guns and you will reduce crime in South Africa, Gun Free SA said after the release of the 2017/18 crime statistics.
News
3 years ago