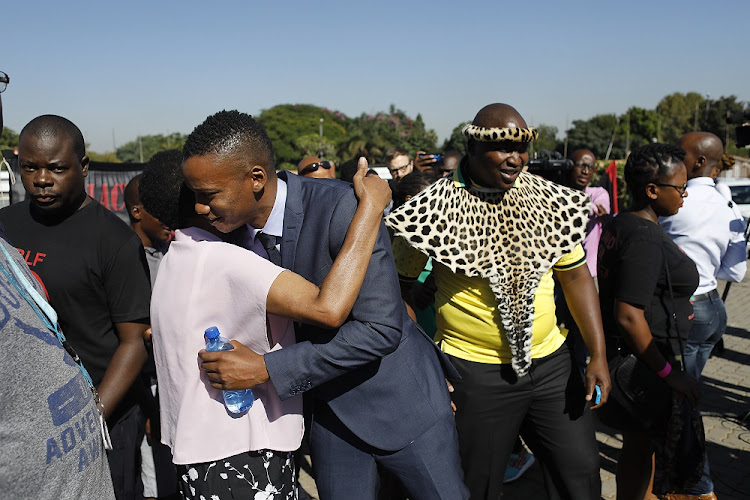 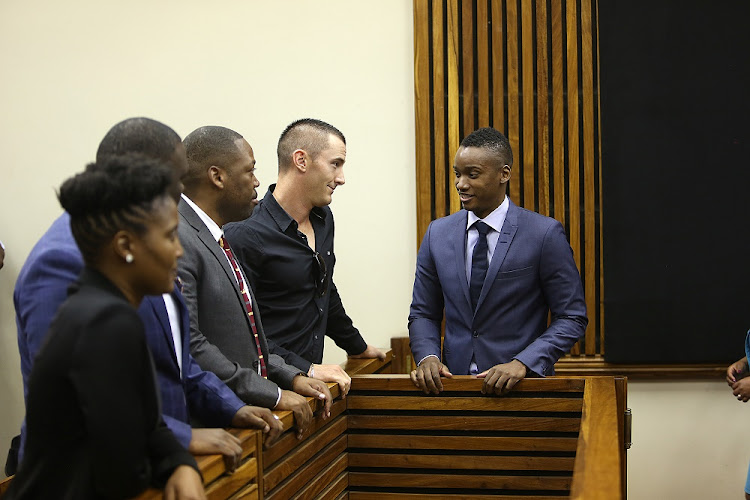 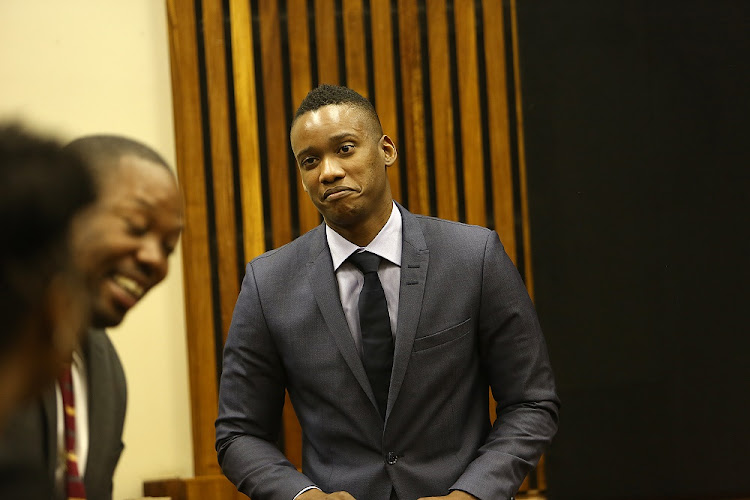 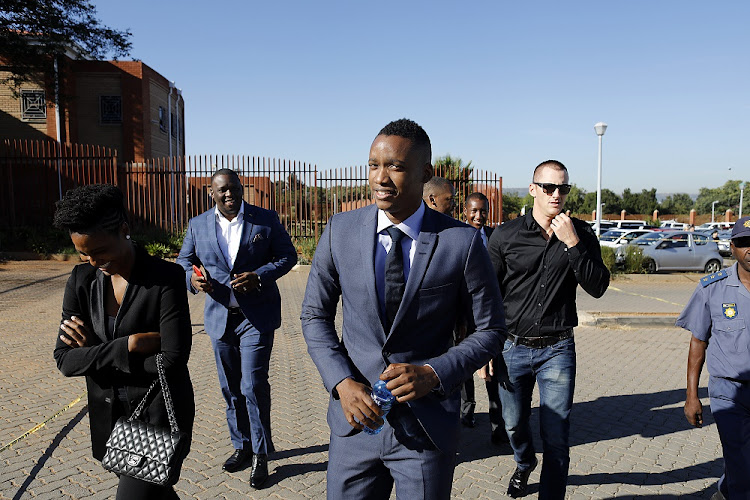 The case against Duduzane Zuma will continue.

This is what magistrate Tebogo Thupaatlase ruled on Friday morning in Zuma's application to have a case of culpable homicide and one of negligent driving thrown out in the Randburg Magistrate's Court in Johannesburg.

Thupaatlase said a case could be discharged if the evidence was "poor", but ruled that this was not the case here.

Zuma's lawyer, Mike Hellens, had filed an application on Wednesday to have the case thrown out after state prosecutor Yusuf Baba concluded the state's case.

Zuma, flanked by BLF supporters, who were also there on the first day of the trial this week, said outside court he's happy with the support he's received.

"We are glad that the court has ruled that the evidence of the state witnesses was not of poor nature and therefore it cannot be ignored."

Duduzane Zuma's culpable homicide case will continue after the Randburg Magistrate's Court in Johannesburg dismissed an application for it to be discharged on March 29, 2019.

Thupaatlase ruled there is a prima facie case Zuma has to answer.

"They looked relieved firstly. They obviously are awaiting the finalisation of this case."

On Wednesday, Hellens had argued on Wednesday that there was no evidence to show Zuma was driving recklessly in his Porsche 911 Turbo, causing a deadly road accident on February 1 2014.

He said the four-wheel-drive crashed because of aquaplaning - that, basically, he lost control of the vehicle because of water on the surface of the road.

Baba argued on Wednesday that Zuma’s culpability lay not in his car sliding after hitting a puddle of water, but in not doing enough beforehand to drive more safely. safer.

Former president Jacob Zuma has refused to rule out the possibility that the culpable homicide case against his son Duduzane is an attempt to get ...
News
9 months ago

“At the end of the day, that human being behind the steering wheel is in control of how he behaves on the road.”

Hellens hit back: “What they (the state) haven’t established is at what point in time was Mr Zuma, as a reasonable driver, expected to foresee that there will be a puddle on a national highway. This is not some country road. On a national highway of such significance that driving around 90 to 100km/h, so the experts tell us, he would lose control of his vehicle. Where is that in the state’s case? It’s nowhere.”

Another charge of culpable homicide was dropped on Tuesday.

Minibus taxi passengers Phumzile Dube and Jeanette Mashaba died after Zuma’s car crashed into a minibus taxi on the M1 south near the Grayston turnoff in Johannesburg.

Baba said on Tuesday that the state had consulted with a pathologist and Mashaba’s death was a result of a pre-existing condition and was not linked to the accident. She died four months later at home.

Zuma pleaded not guilty on Tuesday. He said in a statement, read by Hellens, that he lost control of his car after driving through a pool of water which he did not see due to the poor visibility from the rain.

Porsche announced in January 2019 that it would introduce a wet-mode system into its 911 models, which “includes a function for detecting significant wet road conditions and a corresponding vehicle set-up for increased driving stability on wet road surfaces”.

Baba argued earlier that the wet mode was part of the gradual development and improvement of all cars.

Duduzane: ‘It was the road, not me’

The state had barely finished wrapping up its case against Duduzane Zuma in court on Thursday when his lawyer brought an application for the entire ...
News
9 months ago

“Twenty years ago there was no ABS (anti-lock braking system) brakes … It has got safety features, more than any other car.”

Hellens said the wet mode was “not some slow advance from ordinary braking to ABS braking. This was an acknowledged defect.”

Road accident expert Johann van Loggerenberg testified on Wednesday that human error could have led to the crash.

Van Loggerenberg was working for the metro police and was called out to the crash, which occurred at about 10pm. He arrived at the scene at 11.50pm after attending to another crash.

Van Loggerenberg testified that most drivers either brake or accelerate when a car starts sliding, which would exacerbate the aquaplaning.

He believed that if the Porsche aquaplaned, the tyres of the car must have been smooth.

During cross-examination, Van Loggerenberg conceded that aquaplaning and smooth tyres were not mutually exclusive. He did not dispute a report which found the Porsche and its tyres were roadworthy.

The case will resume in May.

Human error could have led to the crash involving former president Jacob Zuma's son Duduzane in which one person died and another one passed away ...
News
9 months ago

Duduzane Zuma helped woman whose bone was sticking through her skin

Taxi passenger Charlotte Ndlangisa stared into the blood-filled eyes of Phumzile Dube, who was seated next to her when they were rear-ended by a ...
News
9 months ago