I stopped spending on fashion to save for my own food biz: Wits law student

'Do not complain if you only have a little cash, a business starts with a good idea' 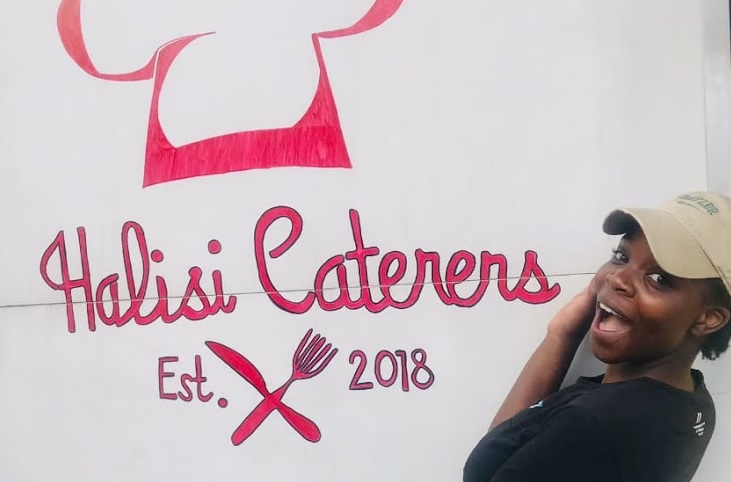 Despite being a full-time university student, Uyethembeka Moyo's passion for food and  entrepreneurial drive has prompted her to start a food truck business in Westdene, Johannesburg.

"I’ve always had the idea but getting the food truck was probably one of the most daunting tasks," she told TimesLIVE. "I kept on trolling the internet with no luck. But because I’m passionate I also spoke to a lot of people, and eventually I was lucky to find a lady who sold a container to me at a very good price, because she was touched by my determination,” said Moyo.

The container, according to Moyo, cost R40,000 but she was able to get it for R14,000, which she saved from her monthly NSFAS allowance. In addition to government-sponsored study fees, the scheme pays an annual meal allowance of R14,400 to qualifying students.

Moyo served her first meal from the truck on Monday, after launching a catering service last year, and is excited by the positive feedback she is receiving from customers.

"We’ve just started but the support has been really overwhelming. I always had the idea, but to see it materialise was a dream come true," she said.

Now Moyo is cooking and selling her fresh food daily, alongside one assistant. Her menu includes a selection of meat and vegetable dishes served with a choice of dumplings, pap or rice.

"We have a number of customers from around the area. Some are students because they do not cook often and others are ordinary working people who do not carry lunchboxes," she said.

The second-year Wits law student said she started cooking at an early age, both for her family and during family events.

"I started cooking when I was about nine and have been in love with it ever since," said Moyo. 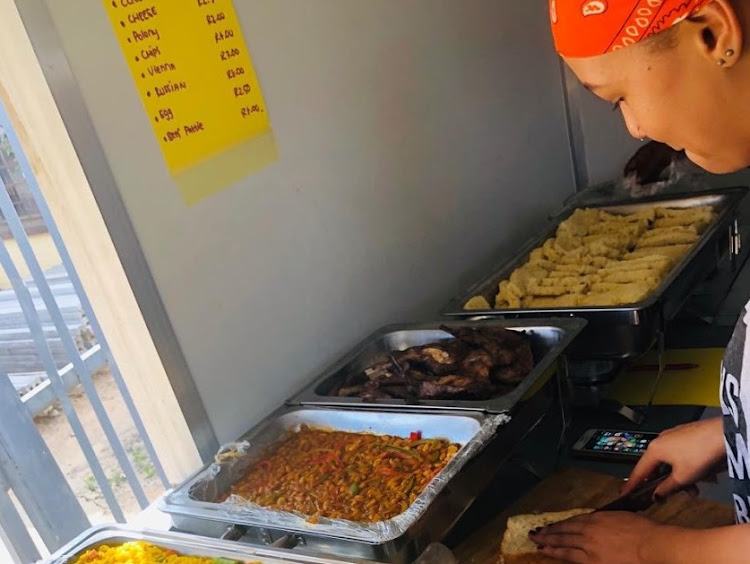 Born and bred in Westdene, Moyo, 20, said she was fortunate that her mother had studied tourism; as a result, she had learnt catering skills and discovered popular recipes from her mom.

Despite knowing of her enthusiasm for catering and decor, Moyo said her parents were surprised when she shared that she was ready to open her mobile food business.

"They know me as someone who’s forever spending money on hair and clothes, so they were surprised to see me saving.

"When I told them I was able to start selling food, they were surprised but very supportive," said Moyo.

Asked how she would juggle her academic curriculum with her start-up business, she responded, "I know it won’t be easy, but I’m a hard worker and I’ll make it work."

Among other options she is mulling over, Moyo said she was looking at the possibility of hiring a second person to help with food preparation and serving, to allow her to focus on the admin side of the business.

Speaking about her future goals, Moyo's dual interests surface again. She said she wanted to complete her law degree but was also keen on venturing further into restaurant, catering and decoration businesses.

With unemployment rife in South Africa, she thinks entrepreneurship is a solution for those who have ideas.

"You just have to keep on pushing. It’s not always going to be easy, but start. Start with what you have. Do not complain about what you don’t have and make use of the little that you have," Moyo advised.

At the tender age of 10, Siyabonga Mhlabane was forced to take care of his mother’s chickens. Now 26, the North West University graduate owns his own ...
Business Times
2 years ago

Dr Nhlakanipho Mkhize was just five years old when his mother took her last breath as he slept next to her on the bed they shared.
News
2 years ago